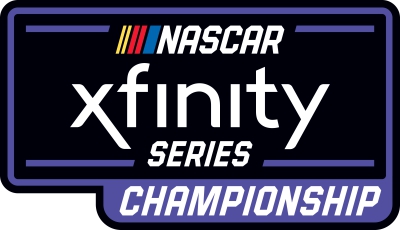 AVONDALE, Ariz. – Noah Gragson drove his car onto pit road following Saturday’s NASCAR Xfinity Series championship finale, climbed out, slammed his helmet on the roof, put his hands on his hips and look downward in disappointment.

After a valiant battle – all 200 laps of the race at Phoenix Raceway - he finished runner-up to season-long rival Ty Gibbs - a mere .397-seconds away from the title capping a career-defining season of triumph and statistical career highlights.

It hurt. But Gragson remained buoyed by his career-best effort in NASCAR’s spotlight.

“Execution on pit stops, we just needed to be better as a Bass Pro Shops team, but still proud of everyone’s efforts," Gragson said as his team surrounded his car and offered up pats-on-the-back and encouragement.

Moments later, he walked over on pit road and gave Gibbs a handshake – a major sign of respect considering the intense and fierce relationship between the two rivals, who raced so hard for the championship.

“They did a good job, they beat us,” the 24-year-old Gragson said of the gesture, adding, “I think he has the potential to learn. He’s a great race car driver and I’ve been in those shoes too.”

From the outside, this championship battle actually looked like a lop-sided advantage for Gragson’s JR Motorsports team, which fielded cars for three of the four title-eligible drivers. Veteran Justin Allgaier finished third, just behind Gragson and their teammate Josh Berry was 13th.

For much of the race the foursome – Gibbs, Gragson, Allgaier and Berry – were some combination of 1-2-3-4 on the racetrack, the truest of championship battles.

“I don’t know why we end up one, two, three, four in these races, if you look at the history of this race – whether it be here or [past Championship 4 site] Homestead (Fla.) whatever, the final four rise to the top and we were all racing our guts out," Allgaier said.

"The hardest part is that no one from JR Motorsports went to Victory Lane," he added. “I wanted it for everybody that works there. … we just got beat. But proud of everyone’s efforts all week long.”

With his runner-up effort Gragson finished the season with eight wins, 21 top-five and 25 top-10 finishes in 33 races, leading more than 1,000 laps. He will drive the No. 42 Petty GMS Chevrolet next year in the NASCAR Cup Series.

“I can lay my head down after restarting eighth with 25-30 to go and getting up to second and almost having a shot to win the race, I’m content with that," Gragson said, adding, “I gave my absolute best, I drove my butt off, I tried my best and gave it everything I had, just got beat. Can’t really hang my head after the season we’ve had.”

Austin Hill has won the NASCAR Xfinity Series Sunoco Rookie of the Year title – earning a pair of victories in his first season driving the No. 21 Richard Childress Racing Chevrolet.

Hill, 28, of Winston, Ga., had an especially strong first full season in the series; winning the season-opener at Daytona International Speedway and then again at his home track in Atlanta this summer- the only rookie to win a race in 2022.

He scored a ninth-place finish in the Phoenix finale and wraps up the rookie title with 11 top-five and 21 top-10 finishes.