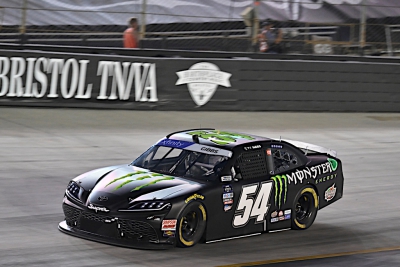 “It was nice to win at Las Vegas early in the year and hopefully we can repeat and put ourselves in the championship four at Phoenix. I know Chris Gayle and the 54 boys will bring me a good Monster Energy Toyota GR Supra, we just need to get the job done and got out and get a win.”

“It’d be great to get a win at Las Vegas to advance into the final four at Phoenix. Ty won there in the spring and it be nice to do it again. Homestead is the only track left that he hasn’t raced at and that is next week. We’ll bring him a good Monster Energy Toyota GR Supra and try to get the win.”