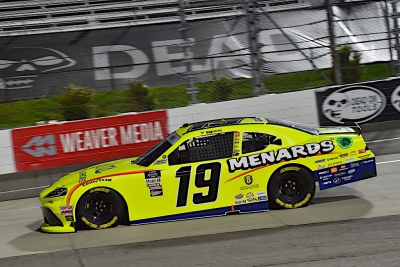 Brandon Jones: “As we head into Talladega we are coming off of a big win at Martinsville which also qualified us for the Xfinity Series Dash 4 Cash.  There is a lot on the line this Saturday as we would like to keep the momentum rolling and stay in contention for the 100K all race long. Talladega is a track where I have been so close in the past and would like to get my first superspeedway win in our Atlas Menards GR Supra. I have been watching previous races and working with my teammates to prepare for the drafting and wild scenarios that Talladega can bring. We will not have any drafting practice and go straight into qualifying on Friday before the race on Saturday. We need to stay out of someone else’s mistake and the “Big One" to be there at the end.”