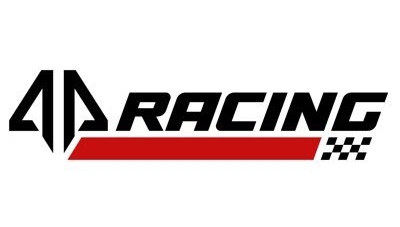 NASCAR veteran Ryan Ellis, with longtime NASCAR sponsor Keen Parts/CorvetteParts.net has signed with Alpha Prime Racing for multiple NASCAR Xfinity Series events in 2022. While the schedule is still being finalized, Ellis is expected to compete in five races throughout the year.

Since his NASCAR debut in 2012, Ellis has become a journeyman racer, driving for nine different Truck Series teams, twelve Xfinity Series teams, and four NASCAR Cup Series teams with his biggest start coming in the 2016 Brickyard 400 for BK Racing.

In Volkswagen TDI Cup, Ellis was a star, with multiple wins and track records to his name. In NASCAR, the 31 year old California native has earned respect through his determination and willingness to drive for some of the sport’s most underfunded teams. When stuck without sponsorship for the 2016 season, Ellis became the PR Representative for Go Fas Racing & Matt DiBenedetto.

But in eighty-eight NASCAR races over nine seasons, Ellis has only one career top-15 finish.

“He doesn’t quit,” Martins said. “He’s a talented racecar driver. He’s just never found a home out here. He’s had to bounce around and just make it work. He’s willing to drive anything, but he’s never been in top-15 level equipment. We want to give him that chance.”

“I had over a hundred NASCAR starts before I got a top-10,” Martins continued. “I look at Ryan and what he’s done to stay around - driving for no money, driving for small teams. He’s really impressed me anytime I’ve ever raced with him. He’s a great addition, and he’s going to surprise some people.”

Ellis gives all the credit to his sponsors.

“I can’t reiterate enough how appreciative I am of Tom & TJ of CorvetteParts.net giving me a chance to compete with an extremely strong program at APR,” Ellis said. “The Keen’s support of my career means so much to me. We’ve been friends since meeting at GFR and it means so much that they continue to support my dream with their amazing family-owned business. The Keen’s and their brand are extremely well known and respected in and outside of the garage area. We want to continue to help driver sales so we can grow this partnership.”

CorvetteParts.net is a family-owned business owned by Tom and TJ Keen. They sell parts and accessories for Corvette-lovers of all generations. They have been loyal NASCAR sponsors and friends of many within the industry since 2011, supporting drivers of all levels since then.

“We at Keen Parts/CorvetteParts.net are excited to be joining Alpha Prime Racing and Ryan Ellis in the Xfinity Series for a number of races in 2022,” Keen said. “We’re looking forward to continuing our relationship with Ryan and are really excited to be working with Tommy and his growing team.”

The relationship Ellis had with Martins, a fellow underfunded driver, helped foster the deal.

“Tommy and I have been good friends for many years now and this is the perfect time to begin working together,” Ellis said. “Martins Motorsports was a well-run, competitive, highly respected program from the ground up and I can’t wait to be a part of what they’re putting together at Alpha Prime Racing. It’s a big opportunity for me, the Keen’s, and all our other partners.”

Pending changes, Ellis’ first race is expected to be at Martinsville Speedway Apr. 8. Further races will be announced in the coming weeks.