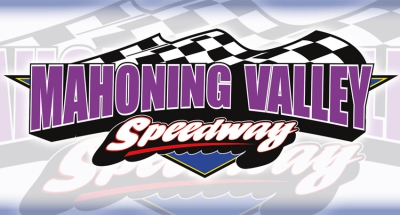 As the all-time wins leader at Mahoning Valley Speedway Earl Paules of Palmerton showed his mastery of the paved ¼-mile oval yet again as the “Hurricane” cruised to his 66th overall victory, taking the checkers in the first Sportsman Modified feature of the season. This was Paules’ first start of the year at Mahoning and he began it the same way he ended last season, in Victory Lane.

Paules started third and within three laps passed Troy Bollinger for the lead. Thereafter he was on cruise control as he steadily pulled away from the pack and also negotiated his way through traffic perfectly in a race that went caution-free over the 25 lap distance.

When he exited his car he asked, ‘Was anyone close?’ The answer was a definite no as he was just no match on this night. The victory was also his 89th on asphalt.

“It went pretty good out there and I firstly want to thank my wife Danielle for all her support and of course all the fans for coming out tonight and supporting Mahoning Valley Speedway,” said Paules.

Nick Baer was a solid second all the while Paules led but all he could do was watch as there was no catching the steady-paced No. 8 which went on the a 2.096-second margin of victory. Bollinger took third with 2021 champ Jaden Brown and Paulie Hartwig III rounding out the top five.

“I couldn’t catch Troy in the heat race so we made a lot of changes after that. And having him and Nick (Baer) in front of us for the start of the feature, those are two guys haven’t won in a while and they were going to be hungry and I knew I needed to unload then quick,” Paules who.

“There’s also some good young talent coming in this year and they all ran well. This is a very affordable Modified division and you can learn a lot to move up to the next level.”

The Late Model division has been competing at Mahoning Valley since 1970 and for Nick Ross of White Haven his win was one for the record books as the reigning champion collected his sixth consecutive feature dating back to last season.

Ross started on the outside for the front row alongside two-time champion Frankie Althouse and after successive two-by-two laps that saw Althouse slightly ahead. Ross was scored the leader at the start of lap three and once in front he gradually went into his own zone and put a safe enough gap between himself and the rest of the field.

As Ross led there was some great action going on behind him as Althouse and Mark Hudson where in a torrid back and forth battle. That lasted until lap 13 when Althouse spun in Turn 3. Seven laps later his night came to an abrupt end when he crashed hard into the front straight wall.

And despite those two cautions that bunched the field it never hindered Ross as on each restart he blasted ahead and went on to a three car length victory over Hudson who notched his career best Mahoning finish.

Mike VanFossen was back in a car for the first time in several seasons and took third with Geno Steigerwalt and Brandon Turbush rounding out the top five.

Jillian Snyder of Slatington proved best among the Street Stocks as the personable driver of the Long Motorsports No. 97 ran a strong race en route to winning her seventh career feature.

Snyder started sixth and with the aid a few restarts picked her way frontward, not to mention some savvy passing as well, she was up to second spot by lap 10 and closing on then leader Cody Geist. Another two laps clicked off and she was ahead the pack. There was no looking back from that point on as she proceeded on a smooth path to victory.

Thomas Flanagan raced into second after Snyder took the lead and was stout in keeping within the tire tracks of the winner.

In the Hobby Stocks it was Corey Edelman of Northampton holding off Shayne Geist in a close verdict. Edelman grabbed the lead from his outside front row starting spot and soon after was able to distance himself from the field.

With a slew on nonstop laps that lead was growing ever larger, however, things changed when the only caution of the race waved with seven laps to go and on that restart Edelman was now engaged in an intense battle with Geist who hounded him relentlessly over the waning laps.

In spite of the heavy pressure that Geist was apply, Edelman held his ground and hit the finish line bumper to bumper and in the process extended his class leading wins total to 23.

Palmerton’s Parker Ahner pulled off a daring last lap move on Adam Steigerwalt and came out as the winner of the Futures main event.

Ahner worked hard to get the job done as he was involved in a three wide incident while battling for the lead with Steigerwalt and Michael Klotz and suffered a flat from that tussle and had to pit. When he returned with eight laps to go he quickly stormed back toward the leaders, first unseating Klotz and then zeroed in on Steigerwalt.

Sticking to the bottom of the track Ahner squeezed to the inside of Steigerwalt and coming off the final turn with the checkers in sight he eked out the win, his first ever in a stock car coming in just his second start.