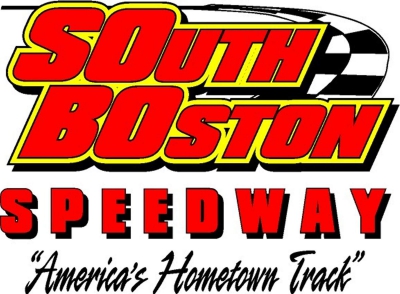 Rookie Jacob Borst has been impressive this season as one of the new frontrunners in the NASCAR Advance Auto Parts Weekly Series Late Model Stock Car Division at South Boston Speedway.

“It’s amazing to get your first Late Model win, especially here at South Boston Speedway,” said Borst who has a win, a pole, and four top-three finishes in his six starts this season.

“We qualified seventh, and it was the first night race of the season. We knew we had a good piece for the race. We knew we just had to take our time and make our way forward. After a couple of laps, we were up in third place and just waited.”

Waiting proved to be a great strategy. Borst sped into the top spot when the race’s two frontrunners crashed while battling for the lead. Once in front, Borst held on the rest of the way to secure the win.

“It was one of those deals where you don’t really know where to go,” Borst explained.

“I just tried to get stopped as quickly as I could. I was waiting for somebody to hit me in the back. We just luckily got through it.”

Borst admitted that the first win is the hardest win to get under your belt.

“We came into the season knowing all of these guys are so good. We were just looking to get a Top-Five finish every race. To come out here and get top-three finishes like we have done and win this early is just crazy.”

Borst is looking to return to South Boston Speedway and is hoping to add to his win total when “America’s Hometown Track” hosts First Responders Night at the Races on Saturday night, May 15 featuring free admission for all police, fire and EMS with ID and a pre-race parade lap featuring area EMS vehicles.

Saturday’s race day schedule has registration and pit gates opening at 2 p.m. Practice starts at 4 p.m. and grandstand gates will open at 5:30 p.m. Qualifying begins at 6 p.m. and the first race will get the green flag at 7 p.m.

Advance adult general admission tickets for Saturday night’s event are priced at $10 each and may be purchased online on South Boston Speedway’s website, www.southbostonspeedway.com, through Friday night, May 14. Adult general admission tickets at the gate on race day are priced at $15 each. Kids ages 12 and under will be admitted free when accompanied by a paying adult.

Saturday night’s event will be livestreamed at SoBoSpeedway.tv, a service by SpeedSport, a leader in grassroots racing news and streaming. This weekend’s event as well as all of South Boston Speedway’s remaining NASCAR Advance Auto Parts Weekly Series events will be streamed on a pay-per-view basis with a low price of $19.99 per event. Fans can go to SoBoSpeedway.tv or SouthBostonSpeedway.com to get started. Individuals can also go back and watch a full event at a later date for a special price.

South Boston Speedway will continue to follow COVID-19 mitigation mandates set forth by the federal government and the Commonwealth of Virginia during Saturday night’s event. Masks will be required for fans entering the speedway. Social distancing and additional mitigation measures will also be followed.