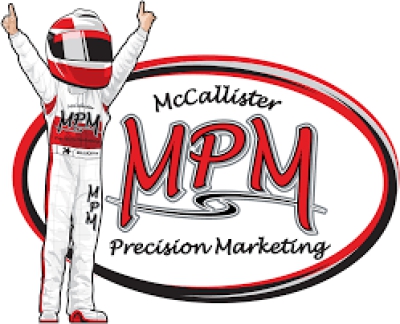 Jared Fryar’s consistency was on display during the CARS LMSC Tour finale at Caraway Speedway on Saturday.

After starting in the seventh position, Fryar patiently carved his way through the field before ultimately holding off Connor Hall and the CARS LMSC Tour champion Carson Kvapil on several restarts for his third career victory in the series and second with car owner Jimmy Mooring.

Fryar had not won a CARS LMSC Tour event since holding off Mike Looney in an intense battle at Franklin County Speedway in 2020 and admitted that Saturday’s triumph provided him and his team a much-needed jolt of confidence heading into the offseason.

“I’m feeling on top of the world right now,” Fryar said. “To win one of these races is super big, especially a $10,000-to-win race. We had such a good run in the middle of the year and then we got worried about running good, but our car was awesome [on Saturday]. I can’t thank everyone behind me that helps with this deal.”

The path to the front for Fryar was not without its obstacles.

By the time Fryar reached the second position, the only car standing in his way was Trevor Ward, who was searching for his first career CARS LMSC Tour victory after leading most of the North-South Shootout from the pole.

Fryar had pulled alongside Ward for the race lead when the two collided with 27 laps remaining. The contact sent Ward around in front of the field while Fryar was able to continue with minimal damage to his car.

Known for being a clean racer, Fryar was disappointed that his battle with Ward resulted in the latter getting turned around. Despite this, Fryar said that Ward trying to chop off his momentum is what ultimately contributed to the accident.

"I took advantage of the mistake [Ward] made in Turn 4,” Fryar said. “I was able to get under him and then he hung a left on me in Turn 1. It really sucked and I thought it was going to take me out too. That’s definitely not how I want to race, but when the cards are dealt like that, there’s nothing else you can really do.”

Fryar’s season-ending victory comes during a year in which he elected to scale back his involvement in Late Model Stock competition to focus on other interests.

In seven CARS LMSC Tour starts this year, Fryar recorded three Top 5 finishes and was running at the finish in each of those events except for Dominion Raceway on June 18, where an engine failure sidelined him after 108 laps. Away from the CARS LMSC Tour, Fryar shined in the Virginia Late Model Triple Crown, earning a victory in the Hampton Heat at Langley Speedway.

Fryar still possesses a strong passion for Late Model Stock competition and hopes to run a more expanded schedule in 2023. For now, Fryar intends to cherish his victory at a track that has meant so much to him throughout his career.

“Caraway is a really special place to me,” Fryar said. “I grew up there and it’s my home track, so this one feels really good to me. It’s definitely in the plans to do more Late Model [Stock] races next year since we’ve had a lot of good seasons with Jimmy Mooring. These cars have been great and I’m looking forward to doing more races with Jimmy.”

Although the 2022 CARS LMSC Tour season has concluded, Fryar is not yet done with his Late Model Stock schedule. He intends to compete in the $50,000-to-win Thanksgiving Classic at Southern National Motorsport Park on Nov. 27.