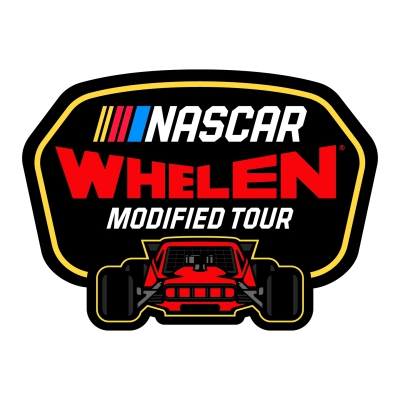 In a battle that came down to the final race – and final laps – of the season at Martinsville Speedway, Jon McKennedy came out on top to win his first NASCAR Whelen Modified Tour championship while NASCAR Cup Series regular Corey LaJoie won the Virginia is for Racing Lovers 200.

A quartet of drivers – McKennedy, Ron Silk, defending series champion Justin Bonsignore, and Eric Goodale – were within 13 points of each other heading into the season finale.

The first shoe fell for a contender when Silk’s championship hopes took a hit shortly after being lapped by leader LaJoie. He then spun at the exit of Turn 2 to bring out the caution on Lap 130. Several leaders pitted during the caution, bringing McKennedy to the lead as Bonsignore restarted in third behind him on the inside row.

McKennedy and Bonsignore quickly jumped out ahead of the field, but a caution on Lap 147 allowed Silk to get back on the lead lap while Bonsignore was forced to pit with mechanical issues that ended his race, knocking him out of championship contention.

A late caution put McKennedy and Jimmy Blewett on the front row with LaJoie, who had the strongest car all night, right behind them. On the restart with eight laps to go, all three came together going into Turn 3, with McKennedy and Blewett getting the worst of it and LaJoie regaining the lead.

Despite damage from that crash, McKennedy was able to recover to finish 12th on the final restart with two laps to go, and prevailed over Silk, who finished 11th, by six points for the title. Goodale finished seventh in the race and third in the standings, while Bonsignore’s troubles relegated him to a 29th-place finish and fourth on the season.

McKennedy thought his shot at a championship was over after the late wreck.

“We came so close to winning one of the biggest races of the year, got wrecked, I thought it was over at that point,” McKennedy said after the race. “But luckily, we were able to still come through and win the championship. It's just unbelievable, it's an amazing feeling to be a NASCAR Modified Tour champion.”

McKennedy had one win on the season at Claremont Speedway (New Hampshire), but proved consistency over the course of the season wins championships. He ended the year with seven top-five and 13 top-10 results in the 16 races.

LaJoie held onto the lead on the final restart to win his first NASCAR Whelen Modified Tour race and the famed Martinsville grandfather clock, leading 110 laps.

The 2022 NASCAR Whelen Modified Tour owner’s championship went to the No. 7 Tommy Baldwin Racing modified that was driven by a trio of drivers this season – Blewett, Doug Coby, and Mike Christopher Jr. They started off strong and never let off the gas after winning back-to-back races at Riverhead Raceway (Long Island, New York) and Lee USA Speedway (New Hampshire) in May with Coby piloting the car. The team then won a third in a row to finish the month as Christopher became the third different driver to win for the team as he crossed the line first at Jennerstown Speedway (Pennsylvania).

Blewett (Wall Stadium – New Jersey) and Coby (Langley Speedway – Hampton, Virginia) would go on to bring the team’s win total to five of the season’s 16 races. The team also recorded nine top-five and 14 top-10 finishes on the season.

Austin Beers was crowned the Sunoco Rookie of the Year. The driver of the No. 64 had one top five (a third-place finish at Langley) and seven top 10s over the 16 races.