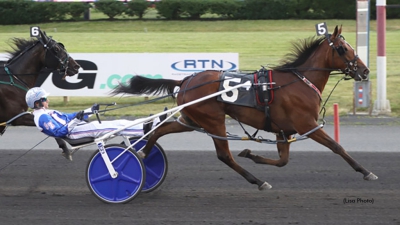 The world of the original horse powered sport is a strange one indeed. Ever since the second person jumped on the back of a horse, there has been racing! In our modern era, however, the only times that many of us think about it is during the triple crown, and even then, only if there is an amazing animal who looks like they could win it all.

In recent years, tracks have dwindled in numbers, with the sport of harness racing all but disappearing from not only Florida, but across the country. Think chariots, but much lighter!

On Friday, July 22, the dangers of horse racing came to the forefront, as a young 2-year-old filly died at the Meadowlands, “Fox Valley Adele,” who ran in the 6th race. According the Harnesslink.com “Fox Valley Adele broke stride and fell to the track and that disrupted the remainder of the field.” And DFR Harness also tweeted about the death here.

"We are saddened to see yet another racehorse death in the world of harness racing and call on the U.S. Trotting Association and its members to follow the Meadowlands in supporting the Horseracing Integrity and Safety Act that took effect this month by opting into the anti-doping program, and oversight under the new national standards," stated Marty Irby, executive director at Animal Wellness Action.

"As the body count continues to climb, these rampant deaths continue to turn the betting public away from the horse racing industry, and if these deaths don’t stop, harness racing in America will soon go the way of the dinosaur.”

Animal Wellness Action has been leading the charge to end these type deaths in American horse racing and Matt Irby testified before the U.S. Congress in 2020 in support of the Horseracing Integrity and Safety Act that was signed into law in 2020 with implementation delayed until July 1, 2022. Here are his latest op-eds on the subject published by NBC News national, and the Baltimore Post-Examiner.

“My sincere condolence to all of the connections of the 2-year-old filly Fox Valley Adele who died last night (July 22nd) in the 6th race at the Meadowlands Racetrack," added Freddie Hudson, the CEO of the U.S. Harness Racing Alumni Association."We as an industry do not need to be racing two-year-old’s on Lasix.”

While the new law applies only to Thoroughbred racing at this time, provisions allow for the harness racing industry to opt-in to the program, but the U.S. Trotting Association has worked to undermine and oppose the new law at every turn.

"With hundreds of HARNESS RACING HORSES competing weekly, the statistic of one horse breaking down is very low. Unlike their Thoroughbred counterparts, Standardbreds rarely break down and/or are put down during the races. In my ten years of working at the Isle Pompano Park we averaged only two times a year that we had to bring the horse ambulance on the racetrack. And we averaged during that ten-year period of racing more than 4,000 horses a year on the racetrack in competition," stated Steven Wolf of Steven Wolf Consulting. "Granted, accidents do happen, but the Standardbred horse is built for durability unlike the Thoroughbreds that are built for speed."
How do you feel about the recent incidents? Do you think with the world of electronic gaming that dominates the industry, can horse racing even survive?
Rate this item
(0 votes)
Tweet
« USF Juniors to Join Road to Indy Fall Combine Juan Pablo Montoya: Everybody blames Mattia Binotto but he is not the one »