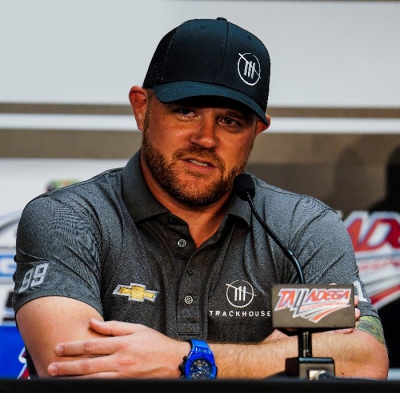 Trackhouse’s PROJECT91 will enter the No. 91 Chevrolet Camaro ZL1 at least once during the 2022 NASCAR Cup Series season with plans to expand the program in the future.

Trackhouse Racing – a division of Trackhouse Entertainment Group - fields the No. 99 and the No. 1 Chevrolets with drivers Daniel Suárez and Ross Chastain in the NASCAR Cup Series.

With PROJECT91, Trackhouse will become the destination for global superstars from other racing disciplines eager to compete in America’s most popular form of motorsports.

“PROJECT91’s mission is to activate the intersection point of NASCAR racing and global motorsport culture,” said Marks, whose Trackhouse Racing team has won twice during the 2022 NASCAR Cup Series campaign.

“I truly believe the NexGen car represents an opportunity for NASCAR to enter the global professional motorsport conversation. We now have a race vehicle with international technological relevance where world-class drivers from other disciplines can compete at NASCAR’s highest level without the steep learning curve that the previous generation cars required.

“Vehicle advancements used in other forms of motorsports, such as, diffusers, independent rear suspension, the sequential gearbox, and other more common components, have resulted in a platform much less reliant on intimate proprietary stock car knowledge, which has historically made any transition to NASCAR difficult.