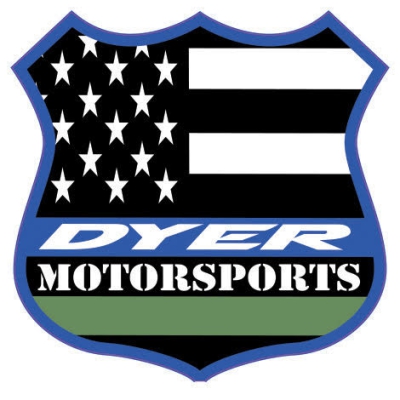 When the USAC/CRA Sprint Car Series and California Lightning Sprint Cars converge on the Bakersfield Speedway this Saturday night, May 14th, one of the busiest guys on the premises will be Jeff Dyer.   The longtime open-wheel racer will be driving a car in each class and will be hopping back and forth between the two all night long.

Dyer comes into the CLS portion of Saturday’s show ranked fourth in the championship standings.  That is despite missing one event when the two series were racing on the same night at different tracks, and he opted to run his 410.  While he is fourth in the standings, his 2.75 finishing average is the best of the series regulars with four or more main event starts.  In his four CLS starts in 2022, he has not finished worse than fourth with two runner-up finishes, a third, and a fourth.  His two starts with the CLS at Bakersfield produced the third and fourth-place results.

When Dyer, who resides in Yucca Valley, California, hits the track in the Cal Smith/Dyer Motorsports #39 on the USAC/CRA side of Saturday’s program, he will be 22nd in series points.  His last outing came at the Mohave Valley Raceway on April 23rd.  In that race, he was running a new engine that came out of Missouri.  However, he lost his brakes in the B Main and was done for the night.

As usual, Dyer is not the only member of the family racing on Saturday.   His teenage son Seth will be back in action at John Aden’s Wheel2Wheel Raceway on the San Bernardino County Fairgrounds in Victorville. Racing a Speedway Sprint Car, Seth enters Saturday’s event fifth in the restrictor class standings.

Dyer is racing in memory of his grandfather Glenn Sels throughout the 2022 season. He has contested four of the first eight series races this year and has a best finish of 13th at Perris Auto Speedway on March 26th.

Dyer would like to thank the following for making the 2022 season possible in the #4 Lightning Sprint Car.  Dependable Machine Inc., Haircuts By Susie, Jobu Racing, LBA Investigations, and Dyer Motorsports.

If you would like to be a part of Dyer Motorsports in 2022, call (760) 267-0298 or send an email to This email address is being protected from spambots. You need JavaScript enabled to view it..