Popular Colorado Race Next Up For ARCA West 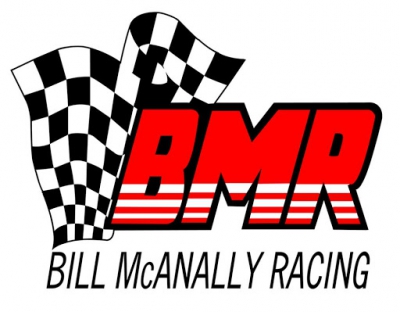 NASCAR’s ARCA Menards Series West heads to Colorado National Speedway this week for one of the most popular events on the schedule each year – the NAPA AUTO PARTS 150 on Saturday night.

NAPA AUTO PARTS plays a significant role as the title sponsor, providing support and hosting a big VIP hospitality area for the annual event. The Colorado race has been one of the largest NAPA motorsports activations in the country – bringing in more NAPA employees, customers and owners than any other motorsports event in any form.

Bill McAnally Racing has provided plenty for the NAPA contingent to cheer about – winning eight of 18 series races at Colorado, including five of the past seven. In 2017, the team swept the podium.

Jesse Love grabbed the pole and scored the victory for BMR last year at Colorado, on his way to winning the series title and becoming the youngest champion in series history, as well as the youngest champion in the history of any NASCAR national or touring series. The 16-year-old – who is currently fourth in this year’s championship standings, just two points out of the lead – drives the No. 16 NAPA AUTO PARTS Toyota Camry.

His rookie teammate, Cole Moore, finished 14th in his only race at Colorado – one of six series starts he made in 2016. Moore – who drives BMR’s No. 99 NAPA Power Premium Plus Toyota Camry – is third in the overall standings, just one point out of first, and is second in rookie points.

A third BMR entry at Colorado will feature Jolynn “Jo Jo” Wilkinson behind the wheel of the No. 19 Instacoat Premium Products Toyota Camry. The 17-year-old Hueytown, Alabama driver – a participant in the BMR Driver’s Academy this year – will be making her series debut.

The NAPA Distribution Center in Denver will have a large group of special guests attending Saturday’s race, with NAPA store owners, shop owners and top customers. They will receive a VIP experience – with hospitality, a driver meet-and-greet, a pit tour and guest crew members. Sponsor activation for this event also includes NAPA Power Premium Plus, Gates Industrial, NAPA Belts & Hoses and NGK – all of which helped build sales and promotion around the race.

All three BMR drivers are slated to arrive in the Denver area early and will visit local NAPA AUTO PARTS stores and NAPA AutoCare shops on Friday.