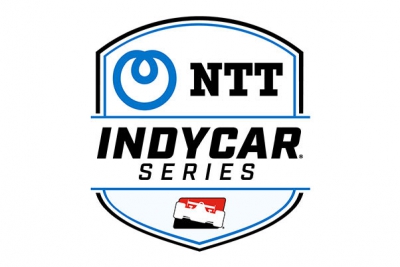 Talk about making an entrance.

Rookie Grosjean turned a top lap of 1 minute, 9.4396 seconds in the No. 51 NURTEC ODT Honda during the Firestone Fast Six final round of qualifying. This was Grosjean's first open-wheel pole since he claimed the top spot in GP2 -- the final ladder series leading into Formula One -- in May 2011 at Istanbul, Turkey.

Frenchman Grosjean, 35, came to the NTT INDYCAR SERIES this season with Dale Coyne Racing with RWR after 10 seasons in Formula One. His F1 career ended in a fiery crash last November in Bahrain in which he escaped an inferno with serious burns to his hands, endearing himself to fans around the world with his optimistic spirit during his recovery.

“Amazing,” Grosjean said. “When I saw the (first qualifying) group I was in, I was like, ‘Oh, dear, if we can get out of the first group, we’re going to be OK,’ and we did. That last few laps, we were on it. What a day for us.

“I’m happier than I have been in a very long time.”

Grosjean will lead the 25-car field to the green flag on the 14-turn, 2.439-mile road course Saturday afternoon. Live coverage of the 85-lap race starts at 2 p.m. (ET) on NBC and the INDYCAR Radio Network.

Two-time series champion Josef Newgarden will join Grosjean on the front row after a top lap of 1:09.5665 in the No. 2 Snap-on Tools Team Penske Chevrolet. It’s Newgarden’s best starting position this season.

Jack Harvey continued his strong start to the season by qualifying third at 1:09.6528 in the No. 60 AutoNation/Sirius XM Honda. Season-opening race winner Alex Palou will start fourth after a lap of 1:09.7118 in the No. 10 The American Legion Honda.

Scott McLaughlin was the second rookie in the Firestone Fast Six, and he will start a season-best fifth after a lap of 1:09.7140 in the No. 3 PPG Team Penske Chevrolet. Conor Daly rounded out the top six at 1:09.8662 in the No. 20 MannKind Chevrolet, also his best qualifying performance this season.

This was the first INDYCAR pole for the Coyne team since 2018, when Sebastien Bourdais took the top spot at Phoenix Raceway.

The Firestone Fast Six was almost as noteworthy for the drivers who didn’t make the cut as those who competed for the NTT P1 Award.

Four-time GMR Grand Prix pole winner Will Power didn’t advance to the final round after spinning between Turns 12 and 13 early during the second round of qualifying with a loose-handling No. 12 Verizon 5G Team Penske Chevrolet. 2014 series champion and three-time GMR Grand Prix winner Power will line up 12th, his lowest position in eight career starts in this event.

“At least we’re 12th – that’s better than St. Pete, 20th,” Power said. “It’s so crazy how the car can change so much from session to session. I made a mistake. I’m very frustrated at myself.”

A handful of other series heavyweights didn’t advance from the first round of qualifying, including the top two drivers in the championship standings, Scott Dixon and Pato O’Ward. Dixon will start 16th in the No. 9 PNC Bank Chip Ganassi Racing Honda, while O’Ward will line up 18th in the No. 5 Arrow McLaren SP Chevrolet.