ARCA Season Finale to Sweeten Up With Reese’s 150 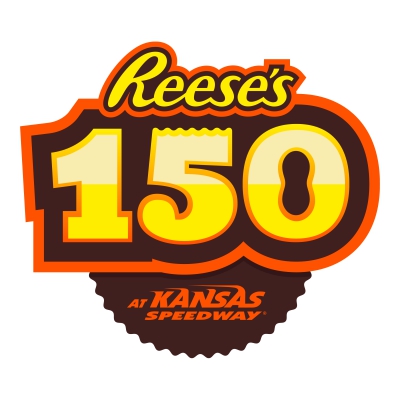 In a move that is sure to make race teams, drivers, and fans alike happy, the season finale for the ARCA Menards Series at Kansas Speedway will be named the Reese’s 150. The championship-deciding race, shown live this season on MAVTV, will be held the weekend before Halloween on October 23, part of a same-day doubleheader with the NASCAR Xfinity Series.

The Reese’s brand has already made a big splash in the ARCA Menards Series in 2021 with the Sweet Move of the Race Award, voted upon by fans via ARCA’s social media channels.

“Our partnership with Reese’s has its foundation with a business-to-business partnership with Menards, but we’ve had a lot of fun so far this season because they’re big fans of what we do,” said ARCA president Ron Drager. “They’re race fans first and foremost and it’s been really great to see them so engaged with the Sweet Move of the Race every week so far in 2021. We’re glad to have them on board for our season finale at Kansas, which is right before Halloween. That will give all of our great fans one more reminder to get out and stock up for those trick-or-treaters the next weekend.”

“The countdown to the Reese’s 150 is on and we couldn’t be more thrilled to be a part of this season with the ARCA Menards Series,” said Allen Dark, Senior Brand Manager for the Reese’s brand. “We want to congratulate the teams for their past 10 years of the series at Kansas Speedway, what an accomplishment. We can’t wait to see how the season plays out in anticipation of the finale to come this October 2021 and celebrate with all our race fans.”

ARCA’s history at Kansas Speedway dates back to the track’s opening weekend in June 2001, a weekend shared with what is now known as the ARCA Menards Series West. Frank Kimmel won the West race on June 2, 2001, his only career West Series victory, while Jason Jarrett – grandson of NASCAR legend Ned Jarrett and son of three-time Daytona 500 winner Dale Jarrett – scored his first career ARCA Menards Series win the following day. All told, 18 different drivers have won in the previous 21 ARCA Menards Series races at the track. Last season marked the first time in history the 1.5-mile tri-oval hosted two ARCA Menards Series races in the same season, with eventual series champion Bret Holmes earning his first career series win in July while 2021 Daytona winner Corey Heim won for the first time in his career in October.

“As we celebrate our 20th anniversary this season, we’re honored to welcome Reese’s on board when we once again host the season finale for the ARCA Menards Series,” said Kansas Speedway President Pat Warren. “ARCA racing is incredibly important to the history of our facility and has been a part of our schedule every year dating back to the very first on-track action in June, 2001. We’re proud to share such a storied history with the series and I look forward to October when we crown another champion in the Reese’s 150.”

The Reese’s 150 will also mark the tenth consecutive year the ARCA Menards Series champion will be decided at Kansas Speedway dating back to 2012.

For event at ticket information, please visit ARCARacing.com and KansasSpeedway.com.