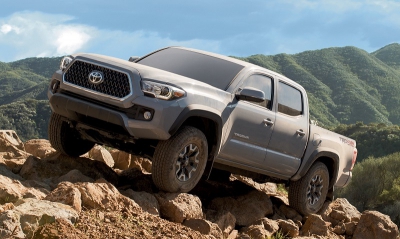 Over 1 million Tacoma 3.5 V6 model are on (and off) the road, providing significant market depth. Sprintex is aiming to gain traction of Tacoma’s current vehicle production of approximately 250,000 units annually; similar volume to USA production of the Jeep Wrangler.

The Tacoma 3.5 V6 model is a popular choice for off-road and overland recreational lifestyle applications and opens significant opportunities for the Company to expand its USA product range of industry leading composite Supercharger systems.

The Tacoma supercharger design will utilise some parts from the current Jeep Wrangler range, reducing both development and production costs for the system, leveraging the company’s expertise and success with technically superior nylon composite manifolding and its highly efficient S5-335 front entry supercharger.

Development and tooling costs are expected to total $500,000, representing a significant investment for the Company.

The Sprintex development strategy is to utilise existing proprietary knowledge to create synergy with existing Sprintex Supercharger systems resulting in considerable savings rather than starting from the ground up with new designs.

Using the same nylon composite technology as on the Jeep systems, the Tacoma supercharger development is well advanced. Component design and production tooling specific to the Tacoma is well underway.

Over the past 3 years Sprintex has developed a new ‘front entry’ supercharger to enable the second iteration of Jeep 3.6 V6 systems.

The Tacoma 3.5 V6 supercharger offers industry leading low speed torque that is essential to vehicles equipped with larger wheel and tyre packages and raised suspension for off-roading and rock climbing.

Sales of the Toyota Tacoma system are targeted to commence in the fourth quarter 2021.