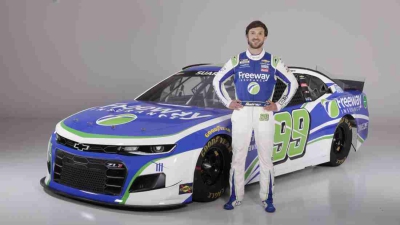 Freeway Insurance, the largest auto insurance and personal lines distribution company in the U.S., announced the expansion of its relationship with Trackhouse Racing and NASCAR driver Daniel Suárez for a third straight season.

“The partnership between Trackhouse, Daniel Suárez and Freeway Insurance has been a perfect fit since the start, and it was a no-brainer to continue our relationship,” said Cesar Soriano, Chief Executive Officer of Freeway Insurance. “Being able to team up with Daniel - one of the best drivers on the circuit - and have him as an ambassador for Freeway Insurance is an incredible honor, and we look forward to cheering on him and his team with NASCAR fans everywhere.”

To celebrate the renewed partnership, Suárez will be meeting with fans and launching Freeway Insurance’s #99 Replica racecars to their fleet ahead of championship weekend on November 5. Fans are invited to come to the Freeway Insurance in Phoenix, Arizona, to meet Suárez, get his autograph, take selfies with the car and receive prizes and commemorative die-cast cars, while supplies last.

Suárez will meet fans and unveil the fleet cars from 4-5pm PT on Saturday, Nov. 5th at Freeway Insurance at 6750 W Olive Ave in Phoenix.