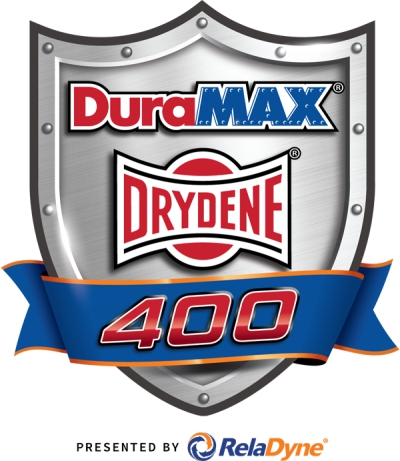 THE MODERATOR: We'll get started with our post-race media availabilities here. We are joined by members of the race-winning team, the No. 9 Hendrick Motorsports Chevrolet.

Q. Jeff, having all four cars already being in Victory Lane so far this year, how big of a confidence boost, if you needed it, for an organization is that?

JEFF ANDREWS: Well, certainly was a goal of ours when you start out the season to get that accomplished early on. Really proud of the effort, especially with this new car, all that's gone on in the off-season with this race team, to be in this position. Having five wins at this point in the season, have all four of our cars into the Playoffs at this point time is a credit to all the men and women back in Charlotte at Hendrick Motorsports, as well as everybody here at the racetrack that make these cars go. Give that credit to them.

Yeah, it feels very good at this point in time. As we go into the summer, we know how hectic that can get later on in the summer, all kinds of circumstances that can present themselves. So very pleased with where we're at right now.

Q. Alan, there's been some unjust criticism on you guys as a race team. You're leading the points, but hadn't won yet. I'm sure that feels good to get that off your back, silence some haters.

ALAN GUSTAFSON: We don't do it for them. We do it for each other. That keeps you going.

Certainly not done with today. Yeah, it's a positive thing.

Q. Alan, you have been on top of the points standings. You've been running well. The race-winning speed hadn't been there. What has been the difference in the first 10 races and the difference today?

ALAN GUSTAFSON: I think we had some opportunities to win some races certainly at the beginning of the year. Didn't capitalize on them. I think the pace was there at California, Phoenix, Martinsville. There were a lot of opportunities. You look at the box score, you don't see it. I feel like we've been pretty close.

Unfortunately we hadn't finished where we should have or the way we were performing. Today I think we were able to put it all together and certainly get the win.

Q. We make a big deal out of that. Was there any angst within the team on that?

ALAN GUSTAFSON: No, man. To me, the winless streak, not winning on ovals, is a hell of a lot bigger deal to you guys than it is to us. It's just the way the circumstances played out. We were just as competitive in all those places. You get that question a lot.

You look at our statistics here with Chase driving the car, we got inverted when we did that double, right, got crashed on lap three, we blew up on lap four. Besides that I think our average finish was fourth. It's not like we run bad at ovals. There are a lot of places that are that way. Martinsville is that way. We certainly have good statistics.

I think the fact we run well on road courses and have dominated the road courses for a short period of time overshadows that, but I don't think there's a lack of performance on ovals. I think that's way overdone.

THE MODERATOR: Gentlemen, congratulations. Thanks for joining us.