Opinion: Kyle Larson and Denny Hamlin are the only worthy champions Featured 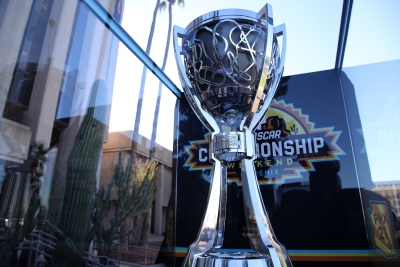 When the 2021 season began in February, many in the NASCAR world wondered just how good Kyle Larson could be in Hendrick Motorsports equipment.

While it was assumed that he would win a handful of races and be more of a contender than in years past with Chip Ganassi Racing, no one truly knew what to expect from a driver who hadn’t raced a Cup car in nearly a year after he was fired by CGR for using a racial slur during an iRacing event.

One thing is for certain, though: no one expected him to be this good.

This is arguably the best season a Cup driver has ever had, period. He has led more laps than anyone in a 36-race season … and there’s still one race to go. That mark was set by another hotshot Hendrick Motorsports driver – Jeff Gordon in 2001 (2,320 laps led).

And wouldn’t you know it, with six victories that season, Gordon won the title. Just as he should have.

Of the other three drivers competing for the championship today – Denny Hamlin, defending champion Chase Elliott, and 2017 champion Martin Truex Jr. – only Hamlin deserves the opportunity to compete with Larson.

While he has only two wins, Hamlin has been the second-best car all season.

18 top-fives; 24 top-10’s; and 1,502 laps led (second to Larson). Hamlin actually has the best average running position this season ahead of Larson, at 7.5. He also has a better average finishing position than Larson, at 8.7.

It’s just that Larson has had such a phenomenal season that Hamlin’s impressive marks are overshadowed.

While Truex and Elliott have had respectable seasons (four wins and two wins, respectively), neither of them has been fast for the entirety of the season, while Larson and Hamlin have.

From a points perspective, think about this: Larson accumulated 1,027 points in the regular season, with Hamlin relatively close behind at 1,009.

The next closest? Elliott. But how many points did he have? 859.

Yet Larson and Hamlin might lose the championship to him today? It doesn’t make sense. And Truex had 803 points. Even worse.

If NASCAR wants to have the Playoffs, fine; after all, this is year 18 of such a format.

But what they don’t need is “Game 7” fabricated drama, which completely undermines the beauty of the Cup Series’ 36-race grind to determine who is the best driver all season long.

Had the points not been reset in each subsequent round of the Playoffs, Larson would have a 30-point lead over Hamlin going into today’s race (1,416 to 1,386).

Now that would be some organic drama.

Instead, we have to settle for whomever finishes best of the aforementioned drivers, with Elliott (-237 to Larson in traditional points) and Truex (-318) still in the picture.

NASCAR should hope that Larson or Hamlin wins the title today, because if neither does, it will quite simply be an undeserved championship.

As a matter of fact, only two drivers in the seven-year history of the current Playoff format have won the title and were atop the traditional points standings at season’s end – Martin Truex Jr. in 2017, and Kyle Busch in 2019.

So, please NASCAR, stop resetting the points every round. More often than not, it doesn’t produce a true champion. Two-out-of-seven doesn’t cut it.

Not even a skosh.

Stats courtesy of NASCAR.com and Racing-reference.info.