NCS: What to watch for in tonight’s Southern 500 at Darlington 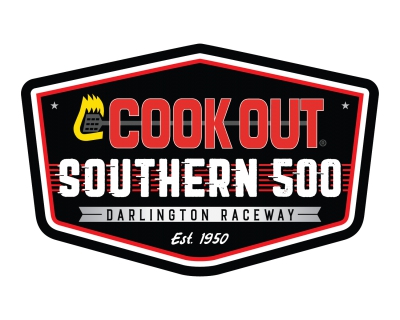 It’s the Playoffs: After last week at Daytona the series has moved onto Darlington Raceway for a 500-mile showdown for the second year in a row.

With Kyle Larson winning the regular season championship it’s put Denny Hamlin in a hole who hasn’t won also season. Kevin Harvick the 2014 season champion is also stuck way back at the bottom of the playoff drivers and with three races to dig out its going to be a challenge.

The winner in the first race of the playoffs have gone on to win the championship four times in the past with the last one coming in 2017 with Martin Truex Jr. championship. Kurt Busch, Tony Stewart and Brad Keselowski the other three drivers to have done so.

A non-playoff driver has never won the first race of the playoffs.

Darlington is Tough: The Lady in Black isn’t called the track Too Tough To Tame for no reason. Tire wear throughout the event is bound to play a key in shaping up the race, it’s a balance between preserving your allotment of tires and hanging new tires to keep up with the field. In either case the Lady In Black is bound to jump out at someone with that famous Darlington stripe.

Since 1950 NASCAR has been racing here and the first Southern 500 too nearly seven hours to complete with 75 cars making up the grid that day.

Of the starting field tonight is six active drivers that have won here in the past, Kevin Harvick and Hamlin both lead with three wins followed by Truex with two and Erik Jones, Brad Keselowski and Ky. Busch all with one win each.

Cut line: Michael McDowell, Aric Almirola, Tyler Reddick and Kevin Harvick all sit below the line and need to dig out quickly.