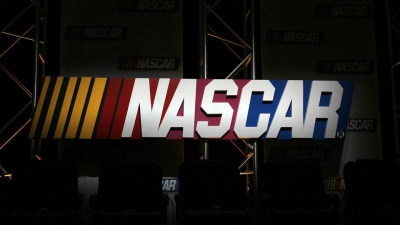 STEVE O'DONNELL: Yeah, certainly a wild few days here at Bristol. I think the industry had everything thrown at it. When you think of the challenge of coming into this weekend just to race on dirt, how much went into that. But then you add on the fact that we experienced flooding, hail, a day race with unbelievable sunshine, more laps with a truck and a Cup race than you'd ever put on a racetrack normally if you were conducting a dirt event.

All in all really proud of the industry for setting this up, getting the racing in for the race fans, knowing it was a challenge for our fans to stick around on Monday. An incredible crowd turned out here today. We're really proud of that.

Certainly learned a number of things in the race and throughout the week that we can apply as we go forward in 2022. All in all I'd give it a thumbs up with some things to learn.

The fans had asked us for years to look at innovation around the schedule. In fact, we've been taken to task for not making some moves. We were bold and aggressive this year. I'm proud of the team for doing that, proud of the industry for taking a chance here. Marcus Smith, his team. What Steve Swift did for putting this track together was incredible, the amount of hours he put together. Really happy for the work he did as well.

THE MODERATOR: We'll open it up for questions.

Why the move to single-file restarts there? Was there any consideration of doing a double-file restart once you got the track back wet?

STEVE O'DONNELL: Yeah, great question. If you look at dirt racing in general, I know some of our fans and the NASCAR industry isn't used to seeing what happened during the race with the dust buildup. It's a very common practice, if you experience that situation, to try and go single file to alleviate some of the dust and some of the visibility issues. That's why we made that move.

We felt that once we made that move, we were going to stay with it for the duration of the race.

Bristol announced during the race that this event will return in 2022 as a dirt event. Was that always the plan? This was not going to be a one-year event? Why the addition? I'm guessing since it's a spring weekend, it would still just entail the trucks or are you looking at putting Xfinity on it next year?

STEVE O'DONNELL: Too early to tell what we would do next year in terms of what that weekend could look like. We never go into something thinking this would be a one-off. Our hope was this would be a success, something we could repeat, become really a staple of the schedule going forward.

Certainly a number of things we learned throughout the weekend that will apply to 2022's event weekend. Some of those things, how much you race in a single day, are there other racing series that can be part of this in terms of late models as well. We fully intend to be back in '22 and beyond and continue to apply those learnings and put on some great races.

What else stood out? You mentioned a few things you learned. What else did you learn from this experience?

STEVE O'DONNELL: I think no matter how much you put in from an industry, to think about the what-ifs, there's always going to be some variables thrown at you, be it weather. I applaud Goodyear for bringing a tire that the drivers have always asked that we want a tire that wears. In this case we based that on what the trucks had done in Eldora. You saw the trucks were able to run upwards of a hundred laps. Not the case for Cup.

We made some adjustments to the format of the race, which I think everybody did a really good job with in terms of the industry, looking at those adjustments and making it happen. That's another learning for us, is how do we work even closer with Goodyear. Now that we've been on this track surface, what can we learn and what can we continue to apply from a tire standpoint.

Towards the end of the race, Bubba Wallace had a spin that was not called a caution and the 66 at the end was. Take me through the decision-making process in terms why not to throw the yellow for the 23.

STEVE O'DONNELL: Yeah, I think throughout the race, there are a number of times where a driver was able to roll off. If they continued on, we were going to continue the race. Every call is different. Balls and strikes. But from our perspective, if someone is able to drive off, we're going to continue to race. If someone stops and we think they intentionally cause the caution, we'll make that call as well.