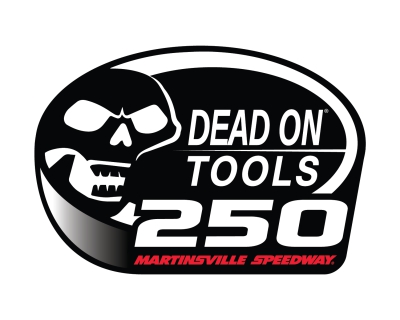 The Dead On Tools 250 started off with a rousing command but it was Brandon Jones from the pole that would take command of the race with Ty Gibbs in tow as the pair began working lapped traffic. That was until the first caution of the day would come out for an accident in turn one seeing Graf and Emerling tangle and spin. Graf would get the worst of that when his No. 07 machine would get backed into the wall.

Stage one would continue with Gibbs once again giving chase to Jones for the lead while getting close a few times but wouldn’t be enough as Jones would take home the first stage win of the day over Gibbs, Allgaier, Berry and Smith.

Prior to the caution coming out to end stage one Bayley Currey would hammer the wall over in turn four sending him to the garage ending his day.

Gragson would elect to stay out under the caution leading the field back to green but with new tires it wouldn’t last long when Jones once again with Gibbs in tow would work past several cars that also stayed out to catch Gragson. As the pair would catch up Gibbs would make the move taking the position away from Jones allowing him to set his sights on Gragson for the lead.

Within laps Gragson older tires would give way to Gibbs to take over the lead nearly halfway through the second stage.

Stage two would once again be slowed for the third caution of the day when Landon Cassill car would tag the wall blowing a tire and breaking the suspension in the front of the car. Cassill would bring his car to pit road to the attention of his crew only to get waved off and told to take it to the garage ending his day.

On the restart Gibbs would jump the curb allowing Justin Allgaier to get around for the lead with just a handful of laps before Gibbs would gather it back up to retake the lead. Gibbs would take home the stage win over Allgaier, Allmendinger, Gragson and Sanchez.

The final stage would fire off with Jones in the lead in a must win situation to make it to Phoenix, but it would be Ty Gibbs that would track him down within laps of the restart to take back the lead.

Two quick back-to-back caution for a spin by Wright after DiSavino makes contact with him going into turn three and within a lap of the restart Sieg would go for a spin down in turn one after Hemric would get into the back of him for the seventh caution of the day.

Caution would once again come out but this time with one of the playoff drivers of Austin Hill making contact with Parsons and Clements. Hill would sustain damage sending him to pit road, but it would be Clements making contact with the wall sustaining the most damage of the three.

Chaos would ensue in the closing laps as AJ Allmendinger and Allgaier would beat and bang against each other for position and a trip to Phoenix. Allgaier would eventually make heavy contact with Allmendinger getting his loose and cutting his tire in the process. Allmendinger would slow forcing him to pit road just as the caution out come out. The Kaulilg Racing team would try and get the car off the ground and tire changes to no avail putting AJ a lap down.

On the restart Jones would give Gibbs a bump and run to get past for the lead as hard racing began to pick up for that final spot. Jones would take the lead just as Weatherman would spin his car and stop up by the wall bringing out the 10th caution of the night.

With the white flag in sight three Joe Gibbs cars would tangle coming off turn four sending Smith spinning just as Gibbs would take the lead. Gibbs lead would however be short lived when NASCAR reviewed the scoring loops to determine Jones would continue to lead the field to the first attempt at NASCAR overtime.

Continuing chaos would once again rear its head when Allgaier would get into Berry sending him spinning in turn two just as Jones and Gibbs would be racing for the lead. Gibbs this time would come out as the leader heading back to the restart over Jones.

When the final green flag would go in the air a three wide race for the lead would ensure between Gragson, Gibbs and Jones as they would go down the back all the way to the white flag until Ty Gibbs would eventually punt Jones out of the way spinning him going into turn one on what would be the third and final attempt to finish the race.

Gibbs would be met with boos as he would exit the car to grab the checkered flag to exclaim “I definitely didn’t want to wreck him but get him out of the groove.

In addition to Gibbs who had already locked in on points well before winning the Dead On Tools 250 would advance with Noah Gragson and Josh Berry who had won previously in the round of eight. Justin Allgaier would be the fourth and final driver locked in by points.

Jones would end up out of the championship along side Sam Mayer, Austin Hill and AJ Allmendinger who both would have issues during the race.

“I had the race won I think, you know, I don't know I love my guys I love everyone on this 19 team, but I'm excited to make my move JRM next year and be a part of that organization and a little bit more respect over there probably next year so I'm excited for that.” Said Jones