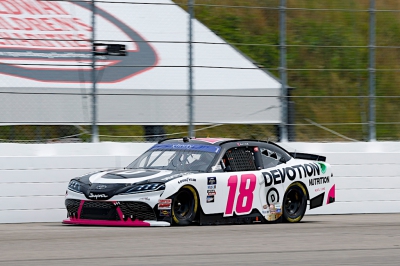 Trevor Bayne: “I’m excited to get back behind the wheel of my Devotion Nutrition Toyota GR Supra this weekend in Las Vegas. It’s a special weekend as we are celebrating the seven-year anniversary of Devotion Nutrition with a special birthday paint scheme. They have done a lot for me this year and it would be really cool to get them a win on their special day. We have been really close to winning this year. My guys continue to bring me fast GR Supra’s, and I’m truly thankful for the work they put in. If we can go out and put a whole race together I think we have a great shot of earning that first win of the 2022 season on Saturday.”