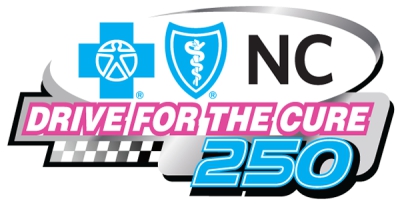 It took a bit of thievery for AJ Allmendinger to preserve his perfect record at the Charlotte Motor Speedway Road Course.

“We got that one—we stole that one,” shouted Allmendinger after spinning his car like a dervish during a celebratory burnout at the finish line of the 2.32-mile, 17-turn road course.

Indeed, the 40-year-old Allmendinger swiped the lead from Ty Gibbs—a driver half his age—after an overtime restart on Lap 68 of the Drive for the Cure 250 presented by BlueCross BlueShield of North Carolina, the Round of 12 elimination race in the NASCAR Xfinity Series Playoffs.

After lagging behind Gibbs into Turn 1 on three previous restarts, Allmendinger kept his No. 16 Kaulig Racing Chevrolet to the outside of Gibbs No. 54 Toyota through the first corner, surged ahead into Turn 2 and cleared Gibbs from the inside line through Turns 3 and 4.

“It’s unbelievable,” Allmendinger, who won for the fourth time in four starts at the Charlotte ROVAL. “Ty was really good there at the end, and I didn’t know if I was going to be able to get him. I knew if I could just get to one restart on the outside of him, at least we’d have a chance.”

Once in the lead, Allmendinger survived a second overtime restart before beating Gibbs to the finish line by .582 seconds. The victory was Allmendinger’s second straight in the series, his fifth of the season and the 15th of his career — 10 of which have come on road courses.

“I was wanting it pretty bad there,” Allmendinger said. “I didn’t think we had a shot, but I’m always going to put it on my back when it’s time to go. We got that one. We stole that one!...

“I drove it in as deep as I could (on the final restart), probably used Ty up just a little bit, but I’d expect the same if the roles were reversed.”

Gibbs was diplomatic in his assessment of the final two restarts.

“I just lost the lead on that one restart and didn’t execute the right way and lost it there,” Gibbs said. “The last one, I caught the fence when I got ran wide, and it just kind of hurt my momentum… I feel like I gave it my best run, but I was proud of the effort.

“I had a fun out there and learned a lot.”

Allmendinger already had clinched a spot in the Playoffs’ Round of 8 with last Saturday’s victory at Talladega. So had third-place finisher Noah Gragson, who won his fourth straight race a week earlier at Texas Motor Speedway.

Gibbs clinched his spot in the Round of 8 by finishing second to Allmendinger in the first stage of Saturday’s race. Justin Allgaier, Josh Berry, Sam Mayer, Austin Hill and Brandon Jones also advanced to the next round, with Jones finishing seventh in the race and claiming the final spot by two points over Ryan Sieg.

All four JR Motorsports drivers—Gragson, Allgaier, Berry and Mayer—will be competing for positions in the Championship 4 race at Phoenix Raceway.

In addition to Sieg, reigning series champion Daniel Hemric, Riley Herbst and Jeremy Clements were eliminated from the postseason.

Hemric qualified third but slammed into the outside barrier between Turns 5 and 6 on Lap 3. He recovered to finish 17th but ended the round 11 points behind Jones after contact from Sieg on a late restart.

“I made a mistake on Lap 3 that you just can’t make,” Hemric said ruefully.