JD Motorsports is gearing up both for the final portion of this season and for a strong start in 2023. 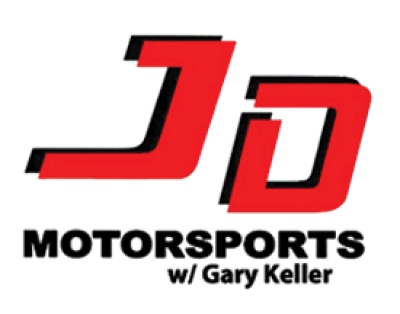 With seven races remaining in the 2022 NASCAR Xfinity Series schedule, JD Motorsports is gearing up both for the final portion of this season and for a strong start in 2023.

Races at Texas, Talladega, Charlotte, Las Vegas, Homestead, Martinsville and Phoenix remain on the ’22 schedule as the Gaffney, S.C. based JDM team completes another successful season in NASCAR’s No. 2 series.

“We’ve had strong cars all this season and some good finishes,” said team owner Johnny Davis. “We were especially excited about Bayley Currey’s 11th place finish at Bristol in the No. 4 Alka-Seltzer car. Bristol is one of the toughest tracks on the schedule. To finish every lap there is quite an achievement, and for one of our cars to come home 11th shows where this team is headed.”

Davis also announced that Houston, Texas driver Brennan Poole, who has raced in the Xfinity Series for four seasons, will drive JDM’s No. 6 Chevrolet this year in races at Texas, Homestead and Phoenix.

Davis said JD Motorsports is hard at work on plans for 2023, a season that will carry the Xfinity Series from Daytona Beach to Las Vegas to Chicago and beyond. The new July 1st Chicago Street Race adds another tantalizing sponsor opportunity for partners interested in joining the JDM effort.

Davis said JDM plans to return to a three-car team for 2023. Currey will return to the team’s No. 4 car, and JDM is seeking talented drivers and dedicated sponsor/partners to fill out its three-car stable for the new season.

“We’re very excited about how 2023 looks,” Davis said. “I’ve been around this series for a long time, and the schedule looks to be the best it’s ever been. We’re going to be all over the country with our cars, and we’re going to have some great opportunities for partners to come on board and race with us.”

“We’re always looking to put the best drivers together with the best partners so that we can keep this team running and racing at its highest level.”

Currey said the Bristol result is more evidence that JDM is on the right track.

“We don’t have the biggest team, but we have one of the most dedicated,” he said. “We ran so strong at Bristol, finishing ahead of some of the series’ most established teams and showed that we’re capable of more. I’m looking for strong teammates and dedicated partners to come on board and help us build on a strong foundation.”