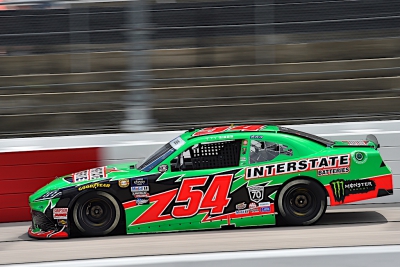 “It’s time for the playoffs and I think we are ready. Glad to have Interstate Batteries on the 54 car this week as Norm (Miller) and the whole company mean so much to Joe Gibbs Racing and the Gibbs family. Hopefully we can put the No. 54 Interstate Batteries Toyota GR Supra in victory lane and advance to the next round.”

“The playoffs are very important and you have to limit the mistakes. The easiest thing to do is win to advance to the next round, but if you can’t do that, you need to get the best possible finish. You really have to be good every week. So hopefully we can do that. Great to have Interstate Batteries on the No. 54 Toyota GR Supra. I know how important they are to the Gibbs family and to Joe Gibbs Racing so hopefully we can get them a win.”