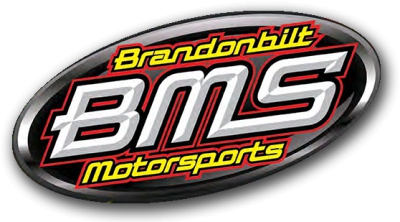 On Saturday, September 3, the NASCAR Xfinity Series (NXS) made the second and final encounter with 'The Lady in Black' during the 2022 season. However, for the Brandonbilt Motorsports (BMS) driver, Kris Wright, it was a first at the Darlington (S.C.) Raceway. Wright piloted the No. 68 F.N.B. Corporation Chevrolet Camaro in the 200-mile Sports Clips Haircuts VFW Help A Hero 200.

The No. 68 F.N.B. Corporation Chevrolet Camaro earned a 36th-place finish, along with a famed 'Darlington Stripe', after an on-track incident. The collision resulted in a broken upper control arm, leaving the car unable to continue.

Results of the morning's qualifying session found Wright starting in the 34th-place. The Pittsburgh, Pa., driver raced a clean first stage, finishing the 45-lap run in the 33rd-place. During the stage break, the F.N.B. Corporation team came to pit road for four new tires, fuel, and a track bar adjustment.

Stage 2 began with Wright and the F.N.B. Corporation team in the 23rd-place. Turn Two of Lap 57 welcomed trouble, as Wright was involved in an incident. The Brandonbilt Motorsports No. 68 Chevrolet Camaro sustained irreparable damage to the upper control arm, bringing Wright's day to a premature end.

"The team and I were all pleased with how the race was playing-out, but unfortunately found ourselves in the wrong place at the wrong time.

"We knew the learning curve was going to be steep, but I did feel that we were getting better and better each stage. Our Stage 2 speed put us around the top 20, which was our goal for the weekend. I was bummed that we were not able to finish, but I am excited to give it another go in Kansas!"