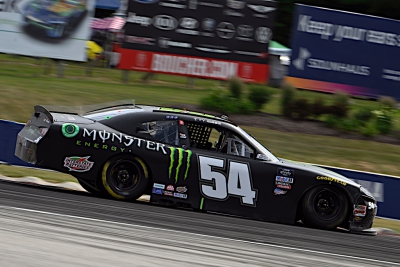 “It was a good win at Road America. I had a fun time racing with Kyle (Larson). I thought it was going to get a little rough there, but he’s such a great competitor and a great person. It was a great battle and we were fortunate to come out on top. Now our focus moves to Atlanta. I know we’ll have a fast Monster Energy GR Supra and we’ll see what we can do.”

“Ty had a great run at Road America and it’s always nice to get a win for him and the entire Monster Energy team. But our focus moves to Atlanta and Ty did a nice job in the spring. He led only one lap, but it was the lap that was the most important. Hopefully we can win and help ourselves in the playoff race. We’ll bring him a solid Monster Energy Toyota GR Supra.”