NXS: New tires propels Justin Allgaier to back to back victories at Darlington Raceway in the ROXOR 200 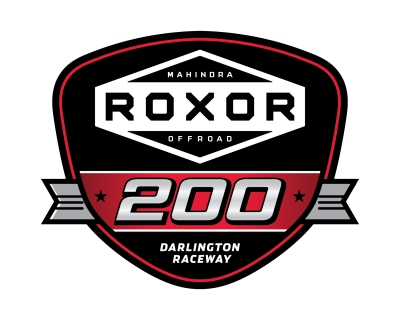 The day started off with a tough start for Justin Allgaier as they were firing and the engines reported no power in the car. Allgaier and team would pull the car in the box to change out the battery in the car, sending him to the back of the field just before the green flag fell.

Ty Gibbs would get the early jump on the field over Gragson and Berry just as 10 laps were about to go on the board Timmy Hill would spin down the front after already going the rear and serving a pass-through penalty once the race got underway for an impound infraction.

With the green flag back in the air a back-and-forth battle would commence between Gibbs in the lead and Gragson who would snag the lead for a couple laps before handing it back over to Gibbs just as Sheldon Creed lost an engine and Jeb Burton spun coming to pit road following contact with the wall to bring out the second caution of the day. Burton would also be held on pit road for a lap for bringing out the caution.

The remaining laps in stage one would end smoothly for Gragson taking home the stage win following him taking control of the race on the last restart when Gibbs spun his tires off the restart and sent him back to third. Gibbs for his effort would work himself back into the second-place spot followed by Berry, Allgaier and Herbst.

Once pit stops had completed Allgaier had raced his way off it to lead the field back to green and get back all the spots after the early problems prior to the green that sent him to the back to start the race.

Caution would once again fly for the fourth time of the day with Snider would contact the wall in turn three that would end his day with heavy damage to the car.

Stage two would end under caution when Brandon Brown car would come to a stop on the front with Gragson in the lead to win the stage over Gibbs, Allgaier, Nemechek and Reddick to round out the top-five at the end of the stage.

The race would once again be slowed for the sixth time due to debris on the track sending everyone to set up for the final 20-plus laps remaining. Allgaier would once again win the race off pit road over another set of teammates of Berry and Mayer.

Berry unfortunately would jump the restart over Allgaier earning him a pass-through penalty and putting up a lap down with under 20 laps remaining.

Coming to 10 to go Graf and Alfredo would make contact down the back with Alfredo able to continue after Graf hit the inside wall and his car coming to rest on the back.

When pit road opened most of the leaders took on tires leaving Reddick and others out on track to lead the field back to green.

It wouldn’t last with five to go as Reddick would get in the wall to bring out the caution with AJ Allmendinger leading followed by both Allgaier and Gragson who took on tires during the previous stop all setting up a two-lap shootout to the end.

With the green flag once again in the air with just two laps to go Allgaier would motor past Allmendinger on new tires with Gragson in tow to take home the victory in back-to-back years as the defending champion of the event.

The NASCAR Xfinity Series returns to Texas Motor Speedway on Saturday, May 21st at 1:30 p.m. ET on FS1.