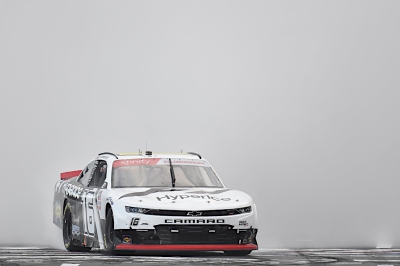 “That was a fight today,” Allmendinger told NBC Sports post-race.

Allmendinger led the remaining 21 laps to win his fifth victory of the 2021 season.

Rounding out the top five were Austin Cindric in second, Daniel Hemric in third, Justin Haley in fourth and Brandon Jones in fifth.

Satuday’s Xfinity series race marks the end of the Round of 12. Drivers eliminated after the Round of 12 are Jeb Burton, Myatt Snider, Riley Herbst and Jeremy Clements.

Rounding out the top ten were Noah Gragson in sixth, Preston Pardus in seventh, Matt Snider in eighth, Justin Allgaier in ninth and Sam Mayer in tenth.

Harrison Burton, who finished in 16th took the final transfer spot into the Round of 8.

The NASCAR Xfinity Series will head to Texas Motor Speedway next Saturday at 3:00 p.m. Eastern on NBC.