What to watch for in today’s Beef 300 at Daytona 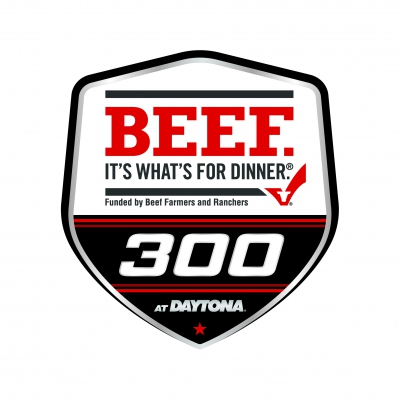 The champ is back: Austin Cindric is back this season for Penske in the No. 22 machine after winning the organization second ever Xfinity Series Championship. Cindric also on tap to take over the Wood Brothers famous No. 21 in 2022 will run select events for Penske as he prepares to go full-time in the Cup Series next year.

New faces: A new season marks news faces and some heavy hitters. One such is short track ace Josh Berry who’s been tapped to take on a part-time deal with Jr. Motorsports for the season, Berry a NASCAR short track champion who’s won races across the board in NASCAR, CARS and even a famous Martinsville Clock in the Valleystar 300 two years ago. Same Mayer will also fill the seat of the No. 8 this season alongside Berry.

Jordan Anderson will also make a transition this year to the Xfinity Series but already facing hurdles as a car that will have to qualify and lineups set by 2020 owner points.

Ty Gibbs grandson of team owner and namesake Joe Gibbs Racing is set to pilot the No. 54 after winning the 2021 ARCA Series Championship.

Seat changes: Along with new faces is seat changes and we have a lot over the off-season.

AJ Allmendinger is set to return to racing full-time in 2021 with Kaulig Racing after some spectacular runs in 2020.

Daniel Hemric will move from a part-time ride with Jr. Motorsports to a full-time ride at Joe Gibbs Racing.

Ronnie and Dillon Bassett will race for their self-owned team in the No. 77 machine.

Ty. Dillon will move into the Joe Gibbs Racing machines on a part-time basis along with Ty. Gibbs.

Herbst who ran full-time with JGR in 2020 will move to the vacated No. 98 over at Stewart Haas Racing.

Close calls: Daytona isn’t averse to controversy in the winner. In fact the very first Daytona 500 took days to name a winner in a photo finish. Yet just three years ago the Xfinity series had the closest finish in series history with Tyler Reddick crossing the line over Elliott Sadler by 0.0004 of a second. Back in 2015 Ryan Reed won the race by 0.089 and Chase Elliott in the 2016 campaign won over Logano by 0.043.