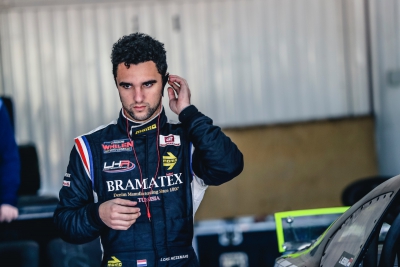 2019 NASCAR Whelen Euro Series Champion Loris Hezemans will not only chase a second European title in 2021. The Dutchman will also return to the NASCAR Xfinity Series driving the #13 Hezeberg Systems Camaro for the Reaume Brothers Racing team.

The 23-year-old will race on the 1-mile Phoenix Raceway on March 13  and on the 1.5-mile Charlotte Motor Speedway on May 29, 2021. The Call 811 Before You Dig 200 presented by Arizona 811 at Phoenix will mark Hezemans’ oval racing debut in the NASCAR Xfinity Series after the six-time NWES race winner finished 22nd at Road America in his first outing.

“I am very excited to announce that I will be joining Reaume Brothers Racing for the Nascar Xfinity Series at Phoenix on March 13th,” said Hezemans. “My number one priority for this race weekend is to bring the car home and gain as much experience as possible. Without any practice or qualifying the learning curve will be a big step but I am fully up for the challenge. With this experience in Phoenix I hope to continue to progress through the different size oval tracks throughout the year”.

While the Dutchman and his partners are at work to expand the American campaign, the clear goal for the first two races is to accumulate miles and experience to obtain NASCAR’s approval to compete in the NASCAR Cup Series in the future.

The Reaume Brothers Racing team made their entrance into the NASCAR Camping World Truck Series in 2018. In June 2020, they took over the operations of the RSS Racing No. 93 in the NASCAR Xfinity Series and retained those duties for the remainder of the season. In 2021, the team competes in NASCAR with three of its own cars, two in the NCWTS and one in the NXS.