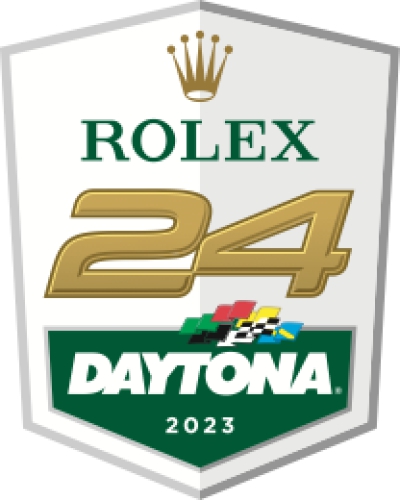 The 61-car field for the 61st running of the Rolex 24 At DAYTONA will come to life under the command of General Motors president Mark Reuss, as Daytona International Speedway today announced he has been named the Grand Marshal for Saturday’s endurance race. The field will take the green flag under the watchful eye of Oliver Zipse, Chairman of the Board for BMW Group, in the flag stand as the honorary starter, the track also announced.

Both dignitaries have spent their entire professional careers with their respective manufacturers. Reuss has served as president of General Motors since January 2019. A mechanical engineer, he began his career with GM as a student intern in 1983. Zipse was named Chairman of the Board for BMW in August 2019, and started his career at the automaker as a trainee in development, technical planning, and production in 1991.

“Being named the Grand Marshal of the Rolex 24 at Daytona is one of the true honors of my life and something I’ll never forget,” said Reuss. “This is one of the premier motorsports events in the world, at one of its most historic venues, and I couldn’t be happier about how far the series has come since the first Corvette-inspired DPI appeared with Jim France and set a new trajectory for the sport. I’m proud to be at Daytona this year with all of the fantastic drivers and great cars, including our own Cadillacs and Corvettes.”

“It is an honor to welcome Mark as our Grand Marshal for the 61st running of the Rolex 24,” said Daytona International Speedway President Frank Kelleher. “General Motors has long had a strong partnership with Daytona International Speedway, alongside their success on the track here. This is a great opportunity to recognize their commitment to our facility and motorsport in general.”

A field of 61 will take the green flag waved by Zipse on Saturday to begin the twice-around-the-clock contest that is one for the IMSA record books as it marks the debut of the GTP class. And that’s only fitting at Zipse holds that honor, as BMW M’s history with Speedway began in 1975 with the brand’s very first IMSA start at the 24 Hours of Daytona.

Only one year later, BMW took its first overall victory at the endurance classic. Without a doubt, BMW’s motorsport success in IMSA competition over the past 48 years has been foundational to establishing the North American market as the largest in the world for BMW M vehicle sales.

“Daytona International Speedway and BMW have great historical ties in racing,” said Kelleher. “It’s only fitting that Oliver waves the green flag over the track where BMW first raced in the United States.”

Zipse’s BMW teams will also include a pair of entries in GTP with the BMW M Team RLL BMW M Hybrid V8 cars. Additionally, they will be competing in the largest class in the Rolex 24 – GT Daytona (GTD) – which has 24 cars entered for the season opener. Paul Miller Racing and two Turner Motorsports BMW M4 GT3 entries make up the BMW stable.

Fans are encouraged to reserve their place in history at the Rolex 24 At DAYTONA by logging onto daytonainternationalspeedway.com or by calling 1-800-PITSHOP.  New in 2023, garage access will now be included for all 2-day infield and single-day customers, enhancing the experience for guests by providing close access to the incredible cars and teams. Kids 12 and under are admitted FREE to the Rolex 24 At DAYTONA.

Fans can stay connected with Daytona International Speedway via daytonainternationalspeedway.com, on Twitter, Facebook and Instagram, as well as the NASCAR Tracks App, for the latest speedway news.