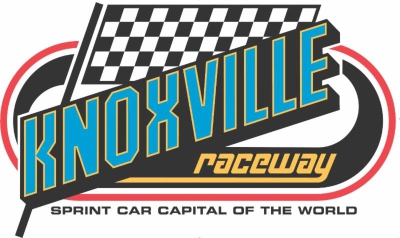 Reed, a lifelong Marion County resident, comes to Knoxville Raceway following an 18-year stint with 3M Corporation and has served in multiple capacities on both the Marion County Fair Board and the board’s executive committee, begins his new role effective immediately.

“After the Marion Country Fair Board elected to hire a full-time general manager for Knoxville Raceway, we quickly narrowed our search and ultimately offered the position to Jason Reed,” said Marion County Fair Board Vice President Bob Roush. “Jason’s background, experience, skill set and feel for the fan base, all make him uniquely qualified to fill the position. Jason has an intimate knowledge of Knoxville Raceway operations built from a hands-on work ethic and a lifetime spent at the Marion County Fairgrounds. His passion for the facility is second-to-none and the entire fair board was thrilled when he accepted the position.”

Reed, 48, has a lineage at both Knoxville Raceway and the Marion County Fair Grounds that spans generations. He grew up showing livestock at the fair, raised on his family’s farm, and attending races at the famed dirt oval. Upon graduating from Melcher-Dallas High School in 1993, he volunteered at the “Sprint Car Capital of the World” and the Marion County Fair for the next 10 years. His grandfather, Jim Goff, is a former fair board member who was also the storied facility’s former manager of concessions.

After serving the track and the fairgrounds in any capacity that was asked of him, Reed was elected to the Marion County Fair Board in 2008 and has maintained an active role on the board since. He has been a member of the executive committee for eight of those 14 years, including serving four years as president and four years as secretary.

During those 14 years, Reed has worked closely with Knoxville Raceway Race Director John McCoy on planning, logistical, and procedural policies as well as with city and county officials to ensure weekly and annual events are operated both efficiently and transparently. Reed was also instrumental by working with track officials in developing and implementing plans for camping, parking and vendor operations.

Meanwhile, Reed continued in his full-time role as a manufacturing supervisor for 3M.

“I’m extraordinarily grateful to the fair board for their vote of confidence by affording me the opportunity to serve as general manager of one of the most iconic race tracks in the world,” said Reed. “Knoxville Raceway and the Marion County Fairgrounds have been integral in my life for as long as I can remember. From showing livestock to volunteering at the raceway and serving on the fair board, I’ve always been committed to making sure our venues are destinations Marion County can be proud of. It’s a privilege to follow in the footsteps of Marion Robinson, P. Ray Grimes and Ralph Capitani, some of the most iconic race promoters in sport’s history. I don’t take that for granted. I can’t wait to get started.”

Reed resides in Melcher-Dallas with his wife Jaime of 22 years. They have three daughters - Kynser, Kasyn, and Kesley – all who are active in 4H, athletics and working at Knoxville Raceway.