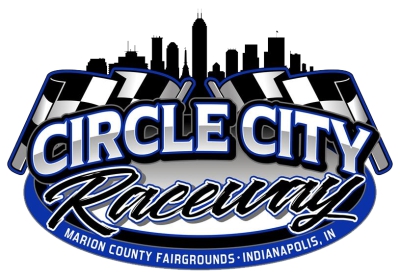 The stars of the USAC AMSOIL Sprint Car National Championship Series make their Indianapolis, IN return this coming Friday night, September 16. It will be the final appearance of the season for the series, which has had two highly entertaining events at the ¼-mile track dating back to its first appearance one year ago. Friday night’s event is presented by Mastin and Cain Warehousing Services.

Justin Grant has a 100+ point lead in the current standings as the series enters the doubleheader weekend with Circle City’s Friday night event followed by Tri-State Speedway on Saturday night. Grant has claimed five victories on the season, while second place pointman, Brady Bacon, has taken four wins. C.J. Leary, the winner in July at Circle City, sits third in the standings, while Robert Ballou and Emerson Axsom complete the top five.

In the series’ previous two appearances at the Marion County Fairgrounds track, it was very noticeable that multiple lanes were available to race on. At the Sprint Week event in July, Leary followed Bacon for much of the event but moved to the top in the final five laps to take the lead and eventual win. Grant started 12th in the event and marched his way up to the second spot, nearly taking the victory.

The first ever appearance came one year ago when Tanner Thorson was able to hold off a strong pack of challengers. Thorson ran around the top lane, while Kevin Thomas, Jr. and others battled on the bottom.

Grandstand admission is $30 for adults, $25 for seniors, veterans, military, first responders, and teachers with ID, and $10 for kids 9-12. Tickets are free for children eight and under. Tickets will be sold at the gate upon arrival.

General Admission Tickets available at the ticket booth the day of the event:

Free for Children Ages 8 & Under

Listen LIVE on the USAC app on your phone or online at http://mixlr.com/usac-official/

Formats may be altered from base formats listed here at the discretion of the chief steward.

Qualifying is two (2) laps to be run consecutively with the fastest lap counting as the official qualifying time.

10 laps. The 15th through 28th fastest cars in qualifying that did not transfer through the heat races will line up straight-up in the C-Main.  Top-4 finishers will start in the last two rows of the semi-feature based on their finishing order in the C-Main.

Must be a member to earn points

Must be a member to earn contingency awards

Visit www.usacracing.org to apply for membership

Rate this item
(0 votes)
Tweet
« NASCAR Returns to Austin, Texas with Visit to Circuit of The Americas March 24-26, 2023 NKTelco Broadband Bonus Worth $40K for 4-Crown Sweep; Winning Driver Would Pocket $80,000 at Eldora Speedway »