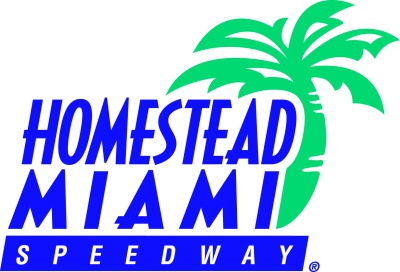 In anticipation of Homestead-Miami Speedway’s return to the NASCAR Playoffs, and the track’s debut of NASCAR’s dynamic ’Next Gen’ car, fans will get a ’FREE’ first look at the machines that have provided a historic year of incredible competition in the NASCAR Cup Series during a test session on Tuesday, Sept. 20.

NASCAR’s Most Competitive 1.5-mile venue will be open in select frontstretch grandstands to fans from 12:00 p.m. through 7 p.m. ET on the first day of a two-day session (Sept. 20-21). The sport’s top teams will be preparing for the Dixie Vodka 400, the second race in the Round of 8 for the NASCAR Cup Series Playoffs on Sunday, October 23. For the first time at the South Florida track, the test will showcase the sleek new design and competition-focused Next Gen car that has produced a record 17 winners in the first 27 races in 2022.

Both parking and admission will be FREE of charge for the Tuesday, Sept. 20 test. While grandstand gates open at 12:00 p.m., parking lots open at 11:30 a.m. (Address: One Ralph Sanchez, Speedway Blvd, Homestead, FL 33035). Guests can pre-register to save time at the gates by logging onto www.homesteadmiamispeedway.com/test. The practice session on Wednesday, Sept. 21 will be closed to the public.

“We cannot wait for fans to be able to witness in person the ‘Next Gen’ cars on our historic race track, plus get a sneak peek at some of the incredible amenities we have at our venue,” said Homestead-Miami Speedway President Al Garcia. “The test session is just a preview of the action-packed race weekend we’re hosting in October with three incredible races, all for Homestead-Miami Speedway’s return to the NASCAR Playoffs.”

The one-of-a-kind, double-decked Container Bar, located on the frontstretch near turn one, will be the only amenity open during the test for fans to enjoy. The trackside hot spot features colorful displays created by local artists, which reflects the vibrancy of the latest rebrand of the Speedway itself. With all new signage and bright color schemes throughout the venue, the Next Gen test will be the first in-person look at the recent reimaging of the facility, which opened in 1995.

The Container Bar provides a glimpse of just one of the many unique activations that will be on full display during the October 22-23 NASCAR Tripleheader Playoffs weekend, which also includes the infield Larry’s Hard Lemonade Beach Bash (that fans can see from the grandstands during the test).

The Next Gen car, which made its points-paying debut in the season-opening DAYTONA 500, has provided a record-setting year for the sport with victors, but also has produced the most green flag passes for the first 27 races of a season. NASCAR’s premier series has also seen five ’first-time’ winners in 2022. The new car was designed to incorporate elements in the body that better replicate the look and feel of a street car, emphasizing the foundations of early racing. Its technological advancements have allowed teams to maximize engine performance and intensify the competition aspect of racing.

Fans can catch the full-fledged competitive nature of the Next Gen car at the upcoming race weekend in the Dixie Vodka 400, which is set for a green flag start at 2:30 p.m. ET. Saturday (Oct. 22) kicks off with a doubleheader featuring the Baptist Health Cancer Care 200 (1:00 p.m. ET), the “last chance” race in the NASCAR Camping World Truck Series Playoffs Round of 8, followed by the Contender Boats 300 at 4:30 p.m. ET for the NASCAR Xfinity Series Playoffs Round of 8.

For more information regarding the upcoming Next Gen test session and race weekend, including 3-race ticket packages, camping, and hospitality, visit homesteadmiamispeedway.com or call (866) 409-RACE (7223).

Fans can stay informed with up-to-date happenings at Homestead-Miami Speedway on Twitter, Facebook and Instagram, as well as the all-new NASCAR Tracks App for the latest speedway news.