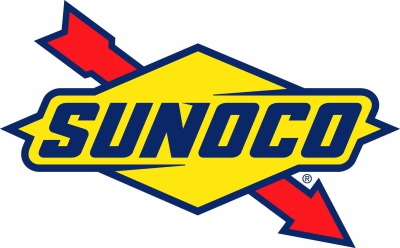 Sunoco has been the Official Fuel of NASCAR since 2004, providing fuel for all three NASCAR national series. In fact, more than 20 million NASCAR miles have been driven on Sunoco Green E15 fuel.

“We’re proud to have a prominent brand and long-time partner such as Sunoco associated with our NASCAR Xfinity Series race at The Glen,” said Watkins Glen International president Michael Printup. “Some of the most recognizable names in NASCAR have won this race at Watkins Glen since the Xfinity Series first came to the track in 1991, so it only makes sense that one of the most known brands in NASCAR is now on the trophy they’ll take home.”

The NASCAR Xfinity Series first came to Watkins Glen in 1991, and NASCAR Hall of Famer Terry Labonte tallied the first of his four Xfinity Series wins at the track in the debut. Since then, the series has raced 27 times at The Glen, with 16 different drivers posting wins in the race. Marcos Ambrose is tied with Labonte for the most wins at four apiece.

“This event is the perfect opportunity to introduce fans to our new loyalty based mobile app, Sunoco Go Rewards, which gives members savings on fuel,” said Director of Marketing Fred McConnell. “Watkins Glen sits in the heart of the Sunoco footprint, and we are proud to present the Sunoco Go Rewards 200 to NASCAR fans and our customers.”

Sunoco Go Rewards allows users to earn a discount of three cents per gallon every time they fuel up. Fuel up just twice a month to keep your discount going; the more you fuel, the more you save. Download the app to find your closest participating Sunoco station.

Ty Gibbs, who currently leads the NASCAR Xfinity Series standings with five wins on the season, will return to Watkins Glen to defend his victory from a year ago on the historic Central New York road course. Recent previous winners of the Xfinity Series race at The Glen include this year’s Daytona 500 champion Austin Cindric (2021), 2018 NASCAR Cup Series champion Joey Logano (2015, 2016, 2018) and two-time Cup champion Kyle Busch (2017).

Sunday’s race will help the NASCAR Cup Series set the field for the Playoffs, as only one race will remain in the regular season following the road course battle in New York. Kyle Larson, the defending NASCAR Cup Series champion, won last year’s Go Bowling at The Glen race.

To purchase NASCAR race tickets or for camping and additional information, call 1-866-461-RACE or visit TheGlen.com. Fans can view the NASCAR Cup Series and NASCAR Xfinity Series schedules and purchase tickets at nascar.com/tickets.