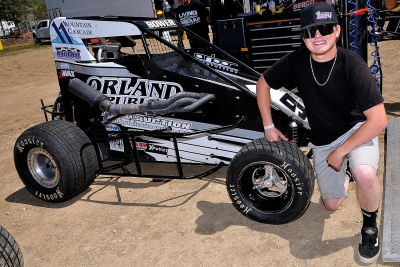 Smith made his series debut in the No. 11 Triple-X chassis, winning his heat race and leading the feature from the pole. Concord’s Adam Teves won the second heat race of the night to start on the outside pole position for the 19th round of the season.

Bower and his teammate Bryant Bell of Oakley battled side-by-side for third for several laps behind Smith and Teves. Logan Mitchell of Santa Cruz stopped on the front stretch with a torsion stop issue on the right rear for a caution on lap 11. On the restart, Nate Wait of Lodi and Peoria, Ariz.’s Cory Brown tangled in turn one which ended both of their races early.

Bower seized the lead on lap 15 but Smith was undeterred. Smith tried multiple times to cross over Bower in turns one and two, but Bower held on to win in the close battle. Bell finished third followed by multi-time Delta Speedway Micro Sprint champion Caden Sarale of Stockton, and Teves.