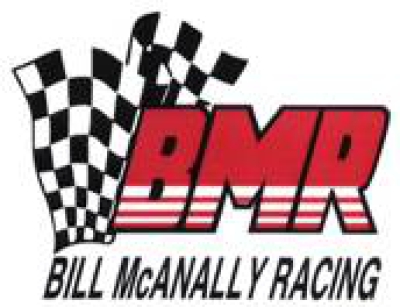 Cole Moore picked up his second runner-up finish in ARCA Menards Series West competition at Irwindale Speedway this year, driving the Bill McAnally Racing No. 99 Adaptive One Chevrolet SS to second on Saturday night in the NAPA AUTO PARTS 150 presented by the West Coast Stock Car Motorsports Hall of Fame.

The Granite Bay, California driver matched the career-best series finish he registered at the half-mile Southern California track in March. It was a big night at the speedway, with NAPA representatives, fireworks, and a packed grandstand.

Moore qualified third and engaged in a battle for that position throughout the early stages of the race. Lewis rolled off the grid in 13th and advanced toward the top 10. He was running strong, but lost a lap midway through the race when he slowed for an accident.

A lengthy red flag on Lap 122 gave Moore his first of several attempts at the top position late in the race. Lewis, who had battled hard for the free pass, got back on the lead lap. Moore restarted on the inside front row, but was unable to take the lead. Lewis, meanwhile, began picking up spots toward the top five.

One additional caution on Lap 147 set up a green-white-checkered overtime finish and Moore’s third attempt to restart on the inside of the front row. He challenged the leader on both ends of the racetrack, before taking the white flag and coming away with a strong second-place finish. Lewis charged to a fifth-place finish at the checkered flag, to open his campaign in the iconic blue and gold No. 16 NAPA AUTO PARTS Chevy.

In addition to serving as the entitlement sponsor of the ARCA West event, NAPA was well represented – with Derek Sasabuchi, District Manager from the NAPA Distribution Center in Los Angeles, bringing a special group of 200 NAPA customers to the event.

Several guests earned the opportunity to be treated to a VIP NAPA Experience, which included dinner at the team transporter and a special pit tour. Guests also enjoyed a meet-and-green with the BMR drivers and former NAPA driver and NASCAR Hall of Famer Ron Hornaday. Special guests also viewed the race from a VIP suite above the state-of-the-art facility.

“It was a good race. The car was good. We struggled on the top side but we were making the bottom work. We were just digging out there every lap. It came down to the green-white-checkered at the end. Perfect opportunity and drove (Jake Drew) as hard as I could without wrecking him. Looking forward to try to track him down in the championship.”