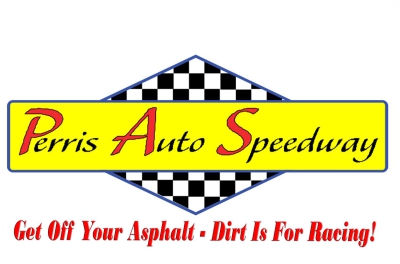 This Saturday night, May 28th, Perris Auto Speedway will host one of the nation’s oldest sprint car races when the 71st running of the “Salute to Indy” takes place.   The exciting racing card on the famous Riverside County half-mile clay oval will feature the popular 410 cubic inch Amsoil USAC/CRA Sprint Cars, IMCA Modifieds, and The PAS Senior & Young Gun Sprints.  Spectator gates will open at 5:00 P.M. with racing at 7:00.

The “Salute to Indy,” which is a tip of the hat to the Indianapolis 500, dates to 1948 when Dempsey Wilson captured the inaugural running of the now prestigious race. From 1948 through 1990, the race was contested in all but five years.  After legendary Ascot Park closed in 1990, it was put on ice until The PAS hosted it in 1996.   Since its rebirth in the Inland Empire, the famed race has taken place each year except for 2008 when it was canceled by rain, and 2020 when it was wiped out by COVID.

While this weekend’s event comes 74-years after the race was initially held, it will be the 71st running.  You may be wondering how that can be as the race did not take place 12-times since its introduction.  The answer is a simple one.  Some years in the 1970s and 1980s, Ascot held multiple races over Memorial Day weekend and each race was called the “Salute to Indy”.  In 1971, 1978, 1981, 1982, and 1983, there were two “Salute to Indy” races.  In 1980, three editions of the race took place on the revered grounds located at 190th and Vermont in Gardena, California.

Over the years, National Sprint Car Hall of Famers Dean Thompson and Bubby Jones recorded the most “Salute to Indy” wins with five victories each.  However, all of Thompson’s wins came in years when the race was held multiple times.  In addition, three of Jones’s five triumphs took place when the race was held more than one time per year.

Only two drivers have won the race four times.  One is National Sprint Car Hall of Famer Billy Wilkerson and the other is nine-time USAC/CRA Sprint Car champion Damion Gardner of Concord, California. Unlike Thompson and Jones, Wilkerson and Gardner’s triumphs all came when the race was only run one time per year.  Wilkerson’s victories came at Ascot in 1968, 69,’ 72’ and 73.’ Gardner’s triumphs came in 2003, 04,’ 14,’ and 17’ and all were at The PAS.  A win on Saturday by Gardner would tie him with Thompson and Jones for the most wins in “Salute to Indy” history.

In addition to Gardner, three other past winners of the “Salute to Indy” will be in action on Saturday.  One is defending race champion Brody Roa of Garden Grove, California.   Besides Gardner and his arch-rival Roa, two other past winners, Yorba Linda’s Matt Mitchell, and “the Big Game Hunter,” Austin Williams, of Corona, California, will be racing on Saturday.  Mitchell sipped the traditional chocolate milk that PAS winners get at the “Salute to Indy,” in 2011 and 2013.   Williams did likewise when he crossed the finish line first in 2016 and 2018.

Advance tickets for all Perris Auto Speedway events, including this Saturday, are on sale now. Fans can order the tickets online at https://www.tix.com/ticket-sales/pas/7  or by calling 1-800-595-4849. For fans who do not wish to purchase tickets in advance, there will be plenty of tickets available for everyone at the gate each race night.

Perris Auto Speedway is located on the Lake Perris Fairgrounds at 18700 Lake Perris Drive in the City of Perris.   Take the 215 Freeway.  Exit at the Ramona Expressway and go east for three miles.  The fairgrounds will be on your right.

Fans can stay up to date on track and driver news on The PAS social media efforts at the links below.

Video and DVD productions of all racing sprint cars events at Perris Auto Speedway are available from Loudpedal Productions. For more information on these productions you can contact them by calling (805) 844-3854, E-mailing This email address is being protected from spambots. You need JavaScript enabled to view it. or you can visit the website LoudPedal Productions.

DVDs of all the PASSCAR/IMCA racing and Nights of Destruction at The PAS are available from Fourvideos. For more information call (714) 225-9500.