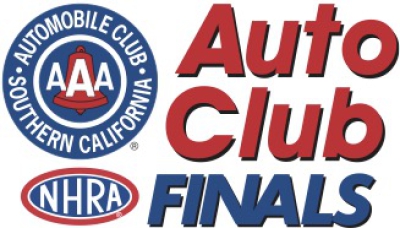 As NHRA drivers continue their 2022 NHRA Camping World Drag Racing Series season, they all will be looking towards the Auto Club NHRA Finals at Auto Club Raceway at Pomona, Nov. 10-13. Tickets for this famed event are now on sale.
The Auto Club NHRA Finals sees the crowning of the four NHRA Camping World Drag Racing Series champions. Drivers in the Top Fuel, Funny Car, Pro Stock and Pro Stock Motorcycle divisions will be named victors in their respective categories. Fans will be treated to intense racing action as racers will battle it out at the final event on the NHRA tour.
Steve Torrence (Top Fuel), Bob Tasca (Funny Car), Greg Anderson (Pro Stock), and Matt Smith (Pro Stock Motorcycle) claimed event wins at the 2021 NHRA Finals with Torrence, Anderson and Smith, securing championships along with Ron Capps in Funny Car.
The Pomona track has seen monumental wins across all NHRA Camping World Drag Racing Series categories including Tony Schumacher’s record setting pass in 2006 dubbed “The Run,” earning him the fourth of his impressive eight championships. Funny Car legend John Force has earned an unprecedented 16 titles from Pomona. In 2022, Force will be on the hunt for his 17th world title.
There will be excitement in the Pro Stock and Pro Stock Motorcycle divisions as well as Pro Stock giants Anderson and Erica Enders will continue their rivalry into Pomona. Pro Stock Motorcycle’s Smith will look to defend his championship as well as his Pomona title.
“The NHRA Finals at Auto Club Raceway at Pomona is always a great event,” said NHRA Vice President of Track Management and Operations, Kasey Coler. “We are looking forward to packing the stands in Pomona with loyal NHRA fans.”
To purchase tickets to the 2022 Auto Club NHRA Finals, fans can visit NHRA.com/tickets. Kids 12 and under are free in general admission with the purchase of an adult ticket.