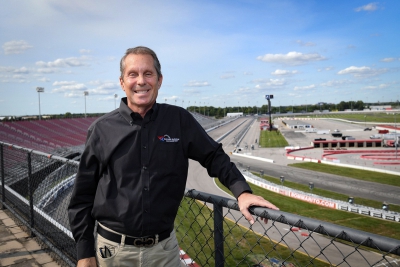 World Wide Technology Raceway owner Curtis Francois will receive the Jack Buck Award in recognition of his contributions to local racing, including landing a coveted NASCAR Cup Series Race for St. Louis. Recent Pro Football Hall of Fame inductee Isaac Bruce will receive the Stan “the Man” Award for his contributions to St. Louis on the field and in the community through his foundation. The newly named “Bob Plager Legends Award” will honor two St. Louis Blues greats, Gary Unger and David Backes. Cardinals Gold-glove first baseman Paul Goldschmidt will be honored as the Sports Personality of the Year. Saint Louis University men’s soccer coach Kevin Kalish will receive the Carl O. Bauer Award in recognition as a top local figure in amateur sports.

The annual banquet was established in 1970 by Missouri Athletic Club member Jack Buck to honor the top St. Louis sports figures. Some of the biggest names in sports history including Bob Gibson, Joe Torre, Lou Brock, Ozzie Smith, Al MacInnis, Jackie Joyner-Kersee, Brett Hull, Marshall Faulk, Albert Pujols and Kurt Warner have been honored at the event. Every banquet since its inception has aired on KMOX Radio. This year’s banquet can be heard beginning at 8 p.m. on Dec. 6.

The honorees will be available to the media during the VIP reception, from 5:30-6:30 p.m. Go to the lobby elevators at the MAC and proceed to the fourth floor. Also, the media is welcome to record any part of the banquet, which will take place in the ballroom located on the 2nd floor, between 8-9:30 p.m.