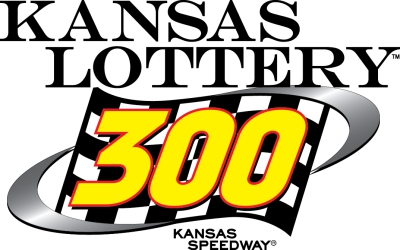 Kansas Speedway is stepping up to the plate to honor the championship-winning Kansas City Monarchs and the area’s rich baseball heritage ahead of Saturday’s Kansas Lottery 300.

Negro Leagues Baseball Museum President Bob Kendrick will serve as the Grand Marshal, while Kansas City Royals legend Frank White will be the Honorary Starter for the penultimate race in the NASCAR Xfinity Series Playoffs’ Round of 8.

“Bob Kendrick and Frank White are both key leaders in the robust Kansas City baseball community,” said Pat Warren, president of Kansas Speedway. “It’s an honor to have them join with our racing community on Saturday to begin our doubleheader in style.”

As President of the Negro Leagues Baseball Museum, Kendrick works tirelessly to preserve and celebrate the rich history of African-American baseball and its profound impact on the social advancement of America.  Through his leadership, the Museum and the Kansas City Monarchs have partnered to carry on the legendary Kansas City Monarchs name in the American Association of Professional Baseball.

White, who coaches first base for the Monarchs, is one of the most beloved players in Kansas City Royals history. The eight-time Gold Glove winner and five-time American League All-Star played 18 seasons for the Royals and was a member of the franchise’s first World Series winner in 1985. Aside from his coaching duties, White is also prominent leader in the community serving as Jackson County Executive.

White will wave the green flag shortly after 2 p.m. on Saturday, when the NASCAR Xfinity Series begins the doubleheader day of racing action at Kansas Speedway. At 6 p.m., the ARCA Menards Series will conclude its season in the Reese’s 150, with a spectacular fireworks display set to light up the sky during the championship celebration.

Tickets for Saturday’s doubleheader are available for as low as $40 and kids 12-under are free with a paid adult.

At 2 p.m. Sunday, following a concert by multiplatinum recording artist Mitchell Tenpenny, the NASCAR Cup Series Playoffs’ Round of 8 continues in the Hollywood Casino 400. Fans are encouraged to secure their tickets now for both days by visiting www.kansasspeedway.com.