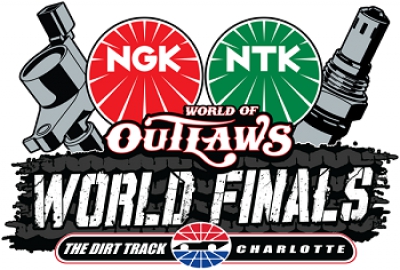 Dirt racing’s championship-deciding spectacle at The Dirt Track at Charlotte will have some extra “spark” this November. In taking its decade-long partnership with NGK Spark Plugs to a new level, Charlotte Motor Speedway officials have announced that the industry-leading manufacturer and retailer will serve as entitlement sponsor for the NGK NTK World of Outlaws World Finals.

The multi-year agreement puts NGK and its NTK brand at the forefront of one of the World of Outlaws’ premier events, which takes place Nov. 4-6 on Charlotte’s high-speed, five-eighths-mile oval.

NGK’s history with Charlotte Motor Speedway began in 2010, but the globally acclaimed company revved up its support by becoming the title sponsor of the 2018 NGK NTK NHRA Four-Wide Nationals at zMAX Dragway – a partnership which continues with this weekend’s running of drag racing’s four-wide display of nitro-fueled excitement.

“Our long-standing partnership with the Charlotte Motor Speedway properties has provided us with great exposure to motorsport enthusiasts across many genres,” stated Beth Skove - NGK General Manager, Marketing. “Whether it’s oval, ROVAL™, drag strip or dirt, we’ve found that we can effortlessly engage with event attendees. The addition of our participation in the World of Outlaws World Finals extends and enhances our relationships, with both CMS and race fans.”

“Having such a mutually rewarding partnership with NGK Spark Plugs helps enable us to showcase dirt racing’s most exciting machines to a captivated audience, with a weekend of excitement like no other,” said Greg Walter, the executive vice president and general manager of Charlotte Motor Speedway. “The NGK NTK World of Outlaws is a can’t-miss event for racing fans of all ages.”

Ticket information for the NGK NTK World of Outlaws World Finals will be announced at a later date.