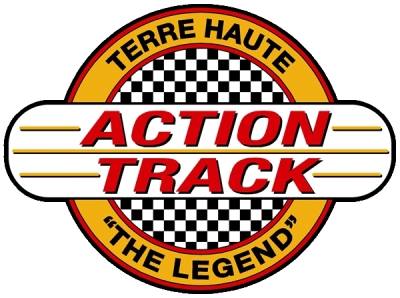 The week leading up the Indy 500 will be a busy one again for dirt track racing fans, especially those heading to the Terre Haute Action Track, located at the Wabash Valley Fairgrounds in Terre Haute, Ind.

May 26-28 will feature action from two top-tier USAC series as well as the NOS Energy Drink World of Outlaws Sprint Cars. Single day tickets are now available for the events in addition to a three-day SUPERTICKET, which features a sizable discount.

It all begins on Wednesday, May 26, with the 51st running of the Tony Hulman Classic, featuring the USAC AMSOIL National Sprint Cars.

No annual event on the USAC AMSOIL National Sprint Car calendar has a history as rich or has the longevity of the Tony Hulman Classic at western Indiana’s legendary Terre Haute Action Track.  The milestone 50th annual running in 2020 was won by USAC career Triple Crown champion, Chris Windom, who joined the ranks of multi-time winners of the event.

On Thursday, May 27, the stars of the USAC Silver Crown National Championship will be on track for the Sumar Classic. The 100-lap event replaces the Hoosier Hundred, which has been held on the Thursday date in the past.

Rounding out the three-day racing extravaganza will be the Wabash Clash for the NOS Energy Drink World Of Outlaws Sprint Cars on Friday, May 28. The event will be the 29th visit for the series at the track with a former winner list that includes the likes of Doug Wolfgang, Steve Kinser, Mark Kinser, Danny Lasoski, Donny Schatz, Brad Sweet, Logan Schuchart, and more.

The Scott’s Custom Colors DIRTcar Modifieds will also be in action on Wednesday and Thursday with two full programs of racing. Special bonus money will be up for grabs for the two days as the top-five in combined average finishes will receive a sizable check. The top-five bonus amounts are $500-$400-$300-$200-$100.

Rounding out the classes in action will be the Schaeffer’s Indiana Racesaver Sprint Cars, which will compete on Friday night with the NOS Energy Drink World Of Outlaw Sprints. It will mark the second visit for the series, which also ran on the World of Outlaws night during the 2020 season.

Track Enterprises, the promotion company for the Terre Haute Action Track, has also announced a three-day SUPERTICKET, which includes general admission for all three days for just $75, a $15 savings off the single day prices.

For advance sale Wednesday/Thursday tickets or the 3-day SUPERTICKET, visit www.tracpass.com. For Friday only tickets, visit www.worldofoutlaws.com. Tickets will also be available at the gates on each race day.