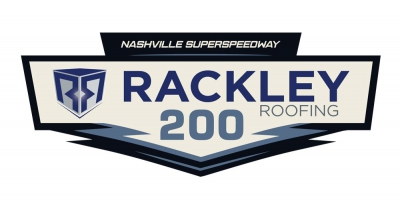 Rackley Roofing, one of Tennessee’s leading industrial and commercial roofing contractors, will serve as the title sponsor of the NASCAR Camping World Truck Series race at Nashville Superspeedway on Friday, June 18 after agreeing to a multi-year deal, track officials announced today.

“Rackley is excited and honored to sponsor the ‘Rackley Roofing 200’ as part of the Father’s Day weekend tripleheader at the Nashville Superspeedway,” said Curtis Sutton, Rackley Roofing’s president. “This was an easy decision after meeting with Erik Moses and the team at the Superspeedway, as we share similar core values. Since we began our NASCAR sponsorships we were hooked, and the excitement grew when we heard that the Nashville would be having a race weekend in 2021. Motorsports brings families closer together and children of all ages are looking forward to Middle Tennessee hosting a fantastic Father’s Day weekend of racing. We can’t wait to see you at the race track.”

“Rackley Roofing is a company that Tennessee race fans know and trust,” said Erik Moses, Nashville Superspeedway’s president. “Rackley was one of the first companies we brought to the track when we were looking at our facility upgrades last summer. We’re honored to have them join us for our NASCAR tripleheader weekend in June and look forward to welcoming the NASCAR Camping World Truck Series back to Nashville Superspeedway with the ‘Rackley Roofing 200.’”

For questions about tickets, media relations, employment, or other inquiries, interested parties are encouraged to email This email address is being protected from spambots. You need JavaScript enabled to view it..