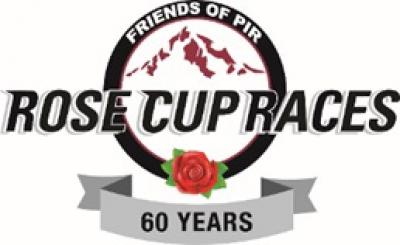 Following an unprecedented one-year hiatus due to the COVID-19 pandemic, Portland’s iconic Rose Cup Races has announced it will return this summer to celebrate 60 years of high-speed racing. The Rose Cup Races will take place July 9—11 at Portland International Raceway (PIR). Auto enthusiasts and their friends and family will enjoy seven different race groups—including a return of Karts—as well as special salutes to the cars, drivers, and stories compiled since 1961. Gates open at 7:30 a.m. daily, with cars on course by 9 a.m.; races run until late afternoon. Admission ranges from $5 to $30; tickets will go on sale later this spring at RoseCup.com.

Originally a Portland Rose Festival event and now presented by Friends of PIR, the Rose Cup Races was the first major event ever held at PIR in 1961 and has taken place annually ever since, with the exception of 2020. The event features amateur racing competitors from both the Oregon Region Sports Car Club of America and the Cascade Sports Car Club. This year offers seven race groups, including The Crossflow Cup, a series for Historic Formula Fords that features big fields and hard clean racing. The full lineup of race groups includes:

Fans can look forward to practice and qualifying on Friday, July 9; additional qualifying and races on Saturday, July 10; and a full day of featured races on Sunday, July 11. Bridge City Autosports will run an autocross all three days of the event in the north paddock, where fans can watch the thrill and adrenaline of pushing cars to their limits. Beyond racing, look for a visual display of Rose Cup Races history alongside a Vanport history exhibit; car club corrals; car club parades; and numerous vendors.

Admission costs $30 for a three-day ticket with inside parking. Single-day tickets run $5 for Friday, $10 for Saturday, and $15 for Sunday. Admission for children ages 12 and under is free when accompanied by a paying adult. Present and past members of the military receive free admission (with valid ID checked at the gate).

Parking costs $5 for a single day, $10 for a weekend pass, and $140 for a motorhome pass that includes two three-day admission tickets. Car corral passes— to park with friends and co-owners of like-brand cars—cost $60 and include two three-day admissions, special parking, and parade laps on the road course on Saturday and Sunday. There is a limited number of three-day camping spot tickets (non-motorhome, tent, small travel trailer, etc.) available for $45 that include one admission ticket and the reserved location by turn seven of the road course.