Can anybody in Formula 1 stop Max Verstappen in 2023? Featured 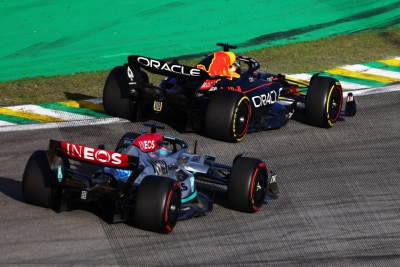 2022 has been a procession for Max Verstappen, as he joined an elite list of drivers to go back-to-back in winning the Formula 1 Driver’s Championship, with a handful of races to go.

A far cry from the chaotic and controversial context within which he won his first F1 Driver’s Championship in Abu Dhabi in 2021, Verstappen has etched his name into the history books in 2022.

It is hard to believe Verstappen is only 25 years of age, such is the level of dominance he has enjoyed within the sport in recent years and he looks set to enjoy a long and prodigious career at the very top of the sport.

One of the key elements behind Verstappen’s success has been the engineering ingenuity of the Red Bull team, which have revitalized themselves following a relatively barren spell during the mid-2010’s.

Christian Horner has once again developed a team and a car that is the fastest on the grid in most circumstances and they are once again the team to beat in modern day Formula 1.

Another factor that Verstappen has benefitted from, is the relative strength of the whole driving team, with Mexican Sergio Perez proving to be a more than able deputy to Verstappen.

With race wins of his own and pace to burn, Perez provides the perfect foil for Verstappen to allow him to just keep on winning races.

As with any period of sporting dominance, experts are inevitably looking to the next generation and if there is anybody that may be able to challenge Max Verstappen moving forwards.

Currently, Max Verstappen is at odds +200 to win his third Formula 1 World Championship title in 2023, according to some NY mobile betting platforms, indicative of the hold he and Red Bull have on the rest of the grid currently.

Ferrari have threatened at times in 2022 without really managing to sustain any sort of prolonged title bid but in Charles Leclerc, they look to have a driver that is certainly capable of winning the World Championship one day.

Charles Leclerc is currently +850 to win the 2023 Formula 1 Driver’s Championship but a few early season wins next year could put him in contention.

The aforementioned Sergio Perez knows his role at Red Bull and envisioning him managing to usurp Max Verstappen and win the title looks a long shot but if the Mexican is given free reign, he could be more than capable.

At +2000, Sergio Perez winning the 2023 Formula 1 Driver’s Championship looks a long shot but he would be a very popular winner with F1 fans.

Mercedes have endured a rough year in 2022 and they will want to bounce back in 2023 with Brits Lewis Hamilton and George Russell in the paddock.

At +1400 and +1800 respectively, both Hamilton and Russell will be hoping to have an improved car to challenge with as they chase the 2023 Formula 1 Driver’s Championship.