Will Lewis Hamilton manage to win a race in 2022? Featured 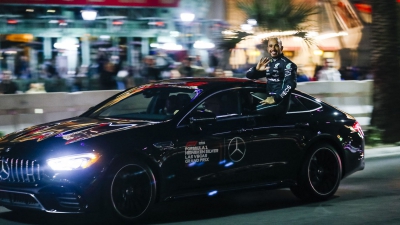 The 2022 Formula 1 season has been all about Dutchman Max Verstappen, who has won 13 races so far this term to clinch his second Formula 1 Driver’s Championship title.

Prior to Verstappen’s title win in 2021, the Formula 1 landscape had been dominated by Lewis Hamilton and Mercedes.

The Brit has won a record-equalling 7 F1 world titles and whilst it is hard to dispute that he is in the twilight of his career, the fire within the Mercedes driver still burns bright.

One of the burning ambitions that Hamilton has been very vocal about this season is his desire to win one race, a far cry from last term – where he won 8 races in a title bid that went all the way down to the wire.

Time is certainly running out for Hamilton, who only has three races to go this season if he is to achieve his heavily amended goal.

The Mexican Grand Prix presents the first opportunity to get over the line in first, a race Hamilton has won twice (in 2016 and 2019).

Keeping up with Verstappen and the speedy Ferrari duo of Charles Leclerc and Carlos Sainz will be the priority for Hamilton, as he looks to negotiate the famously tricky Autódromo Hermanos Rodríguez.

Lewis Hamilton is currently with this NJ sportsbook +1200 to win the Mexican Grand Prix in 2022 and how he would love to get that race win chalked off.

The final two races of the Formula 1 season are places that hold good and bad memories for Hamilton in past seasons.

First up is the Brazilian Grand Prix, the location of Hamilton’s first Formula 1 Driver’s Championship title in 2008 and Interlagos remains one of the most iconic tracks on the circuit.

Hamilton showed his class to win in Brazil in 2021 and it could present his best chance of a win here in 2022.

Coming in at +850 to win the 2022 Brazilian Grand Prix, Hamilton will be hoping to put the pressure on Verstappen and co from the off.

Concluding the campaign once again is the Abu Dhabi Grand Prix, the location of the controversial last lap of the season win enjoyed by Max Verstappen in 2021.

Hamilton has been vocal in how much that defeat affected him and he will be eager to exercise some demons in the Gulf in the final race of a season largely to forget for the Brit.

Not having too much on the line in terms of standings is sure to be helpful to Hamilton, who remains one of the most professional drivers on the grid.