Motocross Is One of the Oldest Motorcycling Sports Featured 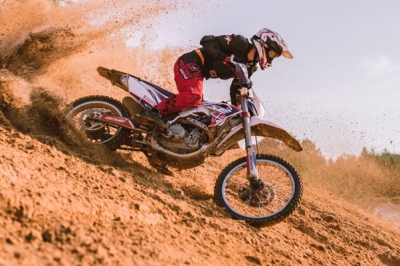 The history of motorcycling, as we have already established, dates back almost to the very invention of the motorbike, i.e. from 1885. The emergence of such a popular discipline to this day as motocross is almost inextricably linked to it, as it became one of the first official disciplines, which, moreover, even managed to spawn a number of other spectator disciplines. Motocross is also reminiscent of a so-called in Poland “kasyno internetowe na pieniadze”, as the thrill and the risk involved will be there for you to enjoy, as well as to watch.

MOTOCROSS IN A NUTSHELL

In modern parlance, motocross (also sometimes referred to as MotoX or simply MX) is a race on a confined course that takes place over rugged terrain off public roads. The primary objective of each rider is to be the first to complete a given number of laps in a given time. In professional races, this is usually limited to 30 minutes plus 1-2 extra laps.

Unlike other sports, where high speed is paramount, driver fitness and skill are no less important, with so many obstacles to overcome on the way to the finish. These include changes from road surfaces to mud and sand, steep climbs and descents and even small springboards set up artificially. All this makes motocross one of the most spectacular and therefore popular competitions. But it was not always so.

HOW IT ALL BEGAN

The predecessor of motocross is the so-called 'fox chase'. This competition was organized in England in 1908 with the aim of proving that motorbikes, despite their relative youth, are a very promising means of transportation off-road, in terms of power and cross-country ability superior to the usual horses of the time. To prove this, 16 riders and 13 motorcyclists took to the track.

The amateurs of innovation failed to prove their case: firstly, the cavalry won the race uncontested in terms of time, and secondly, 11 of the riders on "mechanized carriages" failed to reach the finish line at all. But despite the defeat, motocross, along with motorbike technology, continued to evolve and a few years later appeared before the audience in a new guise.

Here it is worth stepping back and noting that the main type of competition at that time was the long-distance races. They posed a serious challenge to the drivers, who were often engineers, manually tweaking their 'iron horses', but were of little interest to spectators: it was impossible to follow the traffic along the whole length of the track. Therefore, the first attempts to make the competitions more local, so their visitors can view the complexity of the struggle of athletes. One of these attempts was a new kind of motocross.

In truth, it had little in common with what it eventually became. The fact is that the competition took place not on the usually closed circuit, but at the foot of a hill. The main objective of participants starting one by one was to get to the top but due to the low power, solid weight of motorbikes of those years and steepness of the climb, nobody was able to do it. The winner was the rider who managed to get the closest to the goal. It is easy to guess that with such, rather strange, rules of competition there was no success.

Once again, and this time for good, motocross came back after the Second World War. The rules had again changed, and were now the familiar cross-country race, with all participating riders starting at the same time. The only controversial point was the length of the course, which was eventually limited to 1.5-3km. There were exceptions to this rule, though - sometimes the length of the circuit was as long as 30km and competitors could take turns starting in large numbers. However, these changes only diversified the concept and made the new competitions even more interesting for the uninitiated spectator.

As the rules have changed, so have the techniques used in the competitions. At the outset, it was the usual production models of motorbikes. A little later, when motocross began to acquire a more modern form, it became clear that such motorbikes are too heavy and clumsy for quick, steady manoeuvring on difficult tracks, so riders have begun to modify their own, getting rid of all the "extra" (headlights, boot) and finalizing the chassis.

Later, when the industry stepped forward, the first production models, originally designed for cross-country skiing, began to appear. All changes were based on observations of the cars and drivers on the track. Apart from a general lightening of the design, they were also a reduction in the width of the steering wheel, making the car more controllable, an increase in fork travel, and a lift in the exhaust pipe, which had previously been permanently damaged. But the most important change came with the engine: the popular but heavy 4-stroke engines were replaced by smaller, lighter and more revved-up 2-cylinder engines, making the whole thing a lot more manageable and lightweight.

Modern production models of cross-country bikes continue these ideas: they lack the battery and electric starter (at least in most models, it is replaced by a Kickstarter), headlights, brake light, mirrors and dashboard. Modern alloys and technology (e.g., disc brakes were dropped from drum brakes) also contributed to further reducing weight. This allowed 4-stroke engines to be reinstalled.

All models are now classed according to engine displacement: 50, 65, 85, 125, 350 and 500. Competitions, for obvious reasons, are held between machines of the same class.

MOTOCROSS IS AN ANCESTOR OF OTHER SPORTS

A final point worth highlighting is the influence motocross had on the sport of motorcycling as a whole, which, due to its early emergence and its status as an official sport, was almost unavoidable. In particular, motocross has been the ancestor of several other trends at once:

Supercross, an almost complete analogue of its 'big brother', but held in smaller stadiums and even indoors. The length of the track does not exceed 400 metres and the number of competitors is reduced from 40 to 25.

Supermoto is a race on tracks comprising asphalt and dirt sections. Cross bikes, capable of accelerating with equal success on different surfaces, were originally used, but have now given way to specially developed models.

Moto freestyle, one of the youngest (officially adopted by the FIM in 2005) of its kind, is a long jump off a high ramp on a motorbike, with the rider performing acrobatic tricks in flight. As with Supermoto, it was initially based on cross-country production models, which have since been modernised to meet new requirements.