Mercedes' F1 Streak Is Over 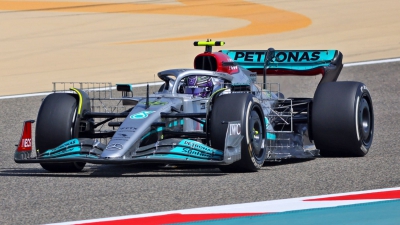 Last year was supposed to be a crowning moment for Mercedes and Lewis Hamilton. Mercedes managed to reach their 8th Constructor’s Championship, while Hamilton lost out to Red Bull’s Max Verstappen. Since the controversial end to the 2021 World Championship, Mercedes have found themselves on the back foot with many in F1 asking whether their years of supremacy have finally come to an end. With Max Verstappen winning the 2022 Championship in the Japanese GP, Mercedes’ winning streak is truly over and there is a new dominant team. The question is can they bounce back?

The 2021 season marked the end of Mercedes’ winning streak with Red Bull’s Max Verstappen beating Hamilton in the controversial final race in Abu Dhabi. Hamilton was on set to win the race and the championship, but was undone when the safety car, brought on for a crash, gave Verstappen the chance to swap tires, catch up, and attack Hamilton on the final lap. Race Director Michael Masi called the safety car back early to allow for one full lap, consequently denying Hamilton an automatic win. Despite being recognized as a human error, Verstappen's win stood, and this result has had a huge impact on which team is now seen as the strongest. Ladbrokes’ F1 odds have Red Bull challenging the dominance of Mercedes after the 2021 season went down to the wire. The result of the controversial season has had a knock-on effect with Mercedes and Hamilton out of contention for a title by the Japanese GP, as Verstappen and Red Bull won a comfortable second World Championship.

After long being the vehicle to beat, Mercedes has had a tough 2022 season with George Russell and Lewis Hamilton dropping down in the rankings. After the Italian GP at Monza, Hamilton was resigned to note that Mercedes couldn't catch up with Red Bull this season. “We have to be realistic, that Red Bull is almost unbeatable. Performance-wise, they’re fully ahead of everyone. We have not caught them. We don’t have upgrades coming to overtake them.” This is reflected in how the team’s design performance has been up and down during the season with Mercedes technical director Mike Elliott admitting that the team is focusing on getting the design right for the 2023 title, with the target now for Mercedes to compete for second place with Ferrari. “We want to try and fight Ferrari for that second position, we want to try and win a race this season, or multiple races ideally, but most of all we want to get ourselves back on track so we are fighting properly for a championship next year.” With several races remaining and the World Championship out of sight, Mercedes have now switched their target to catching Ferrari.

Since the dramatic loss in Abu Dhabi, Hamilton has not been the same. The driver has faced multiple controversies, from breaching Sporting Regulations, after he did not attend the FIA Gala, to facing a ban for wearing jewelry. At the Singapore GP, Hamilton defied the ban stating health reasons, but was ultimately allowed to compete. This off-track attention is nothing new. Hamilton is famous for being an activist voice off the track and being outspoken over certain issues. However, this season the controversies are building up with some questioning whether it is affecting his performance as much as the design issues around the car. As he seeks to beat Schumacher’s record, his 2023 season will tell us whether Hamilton is done or is still a champion driver.

Mercedes’ dominance in F1 is over as Red Bull pull ahead with two World Championships. Whether this will be a blip or a trend, only the following season will show.